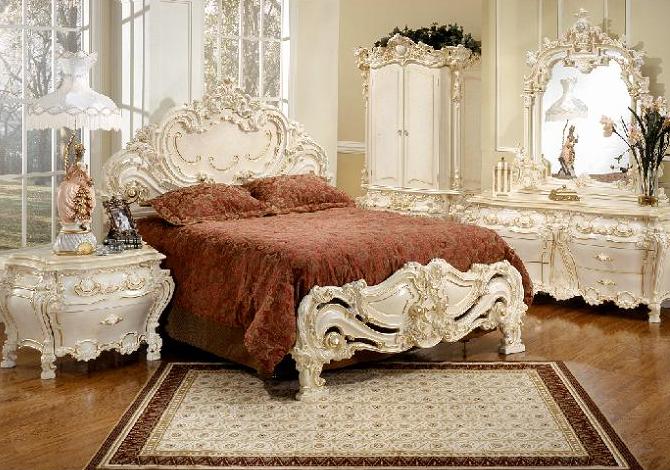 The French are known for celebrating life through art, good food, romance and charming furnishings and decorative items. Their creativity hails from centuries of artistic input perfected in the King’s court and transferred throughout the country. French provincial furniture is synonymous with the furniture or architectural style prevalent in 17th and 18th century in France.

French furniture can be classified in two genres; the high end carved and decorative furniture from Paris and the simple and functional furniture from the smaller towns.

The first style was highly sophisticated furniture prepared for the King, aristocracy and the court and was developed and popularized in Paris. The second was the French Provincial Furniture crafted in the provincial towns like Liege and Lyon which was a simpler but uniquely crafted version of French elegance as portrayed by the poorer farmers of the region. There were two distinct styles of the metro city and the conservative towns and where one was opulent and luxurious, the other was simple and functional.

French provincial furniture followed extremely traditional artisanal culture which remained intact till the middle of the 19th century when the train network was established across the countryside. Smaller towns and provincial centers like Blois and Orleans in the Loire valley district were part of France but Liège or Leon which were towns not under political control of France but culturally influenced by the French used to follow the design innovations initiated in Paris within a timeframe that spanned decades.

The French provincial style of furniture started in the 18th century and was basically the simpler and less carved rustic version of the Parisian originals. French provincial furniture has evolved over a few centuries and is the cohesion and fusion of many different furniture designs that were transferred to the provincial towns of France from Paris.

Today it is recognized as one of the most desired styles for decor due to its simple charm and elegance created by the French in the countryside.

French provincial furniture style can be identified with the simpler and ornate carvings, functional design, high quality and utility of the piece along with the use of beautiful wood like Apple, walnut, oak, mahogany depending on the region that the furniture was crafted in.

Symbolism was popular in France and was often replicated in the furniture style. You can spot items like grapes and wheat signifying prosperity, shells which signify fertility, and musical instruments which reflected artistic interests. The quintessential dove, heart or perhaps an arrow were carved in to signify love.
French provincial furniture combines form and functionality with grace and brings elegance to any exterior or interior space. Since the poorer farmers in the towns had to utilize their resources, the piece always ended up lending simplicity and charm but delivered functionality at its best. This craft was perfected by the locals in French towns but now you can find many a craftsman across the world specializing in the creation of French provincial furniture.