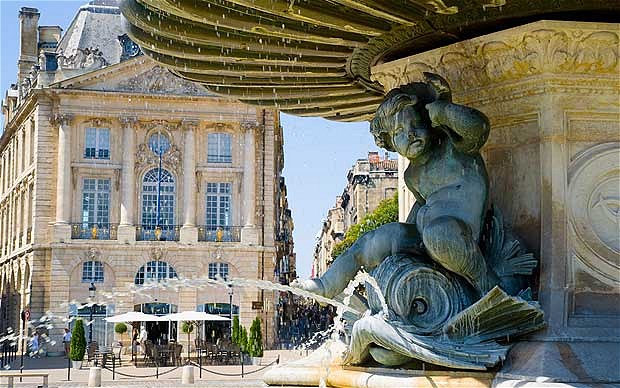 If you’re going on vacation to Bordeaux you’ll want to read the useful facts & information on this page.

Bordeaux is the capital of the Aquitaine region of France which is located in the southwest of the country, about 60 km from the Atlantic Coast of France. There are many reasons why people go on vacation to Bordeaux.

Bordeaux, which is also a major port town in France, is the trading centre of the Aquitaine region of France. Bordeaux has received a lot more visitors coming on vacation after the city was revamped 10 years ago. Bordeaux currently has about 3 million visitors to the city every year on vacation.

Bordeaux is a popular vacation destination for history buffs. With over 1000 years of history, there are plenty of sites of historical interest to see while on vacation on Bordeaux. Bordeaux first became an inhabited settlement in Roman times due to its proximity to the River Garonne, where you can rent a river boat in France. The Victory Arch designed according to Roman architectural precepts, at the centre of La Victoire, is a great example of this town’s Roman roots.

Bordeaux was ruled by the English from 1154 to 1453 and was the headquarters of the French government in 1914 and again in 1940. Bordeaux is home to several spectacular gothic cathedrals which are a must on any vacation sightseeing itinerary of the town.

Bordeaux has hundreds of restaurants to cater to all tastes and budgets. When you’re on vacation in Bordeaux be sure to take advantage of the seafood which is great to the town’s proximity to the Atlantic Ocean. The area of Bordeaux where the best restaurants are is around place du Parliament and place St Pierre, where you’ll find menus in English because they are used to people on vacation there.

There is a wide range of accommodation in Bordeaux to suit all vacation budgets. This includes everything from hostels to hotels, to luxury suites to self catering apartments. While many young travelers opt to stay in the cheaper hostels, most people coming on vacation stay in a hotel, of which there are many in Bordeaux.