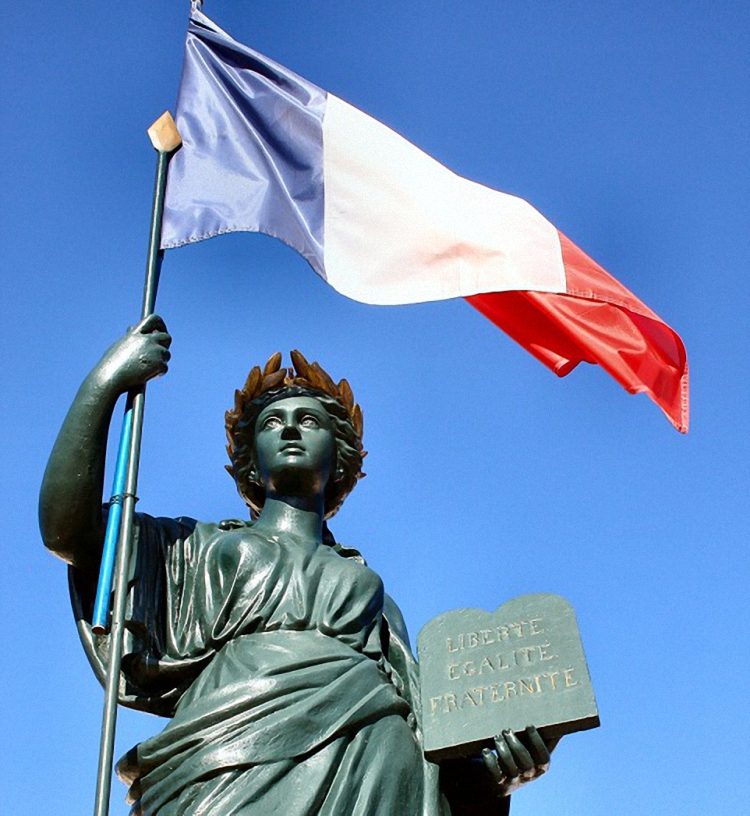 For the greater part of history the French revolution was believed to have been the product of social and economic unrest. The country was at the time facing a deteriorating economic condition coupled with a lag between the intellectual development and social-political condition that was stagnant. In this situation it was the middle class, also known as the Bourgeoisie which was in the worst social position. This was the educated class which was heavily taxed whereas the ruling nobles and the clergy were exempted from taxation.

The vast majority of the French public belonged to the working class whose hard earned money was being used to finance the foreign wars and the court extravagance along with being the treasury with which to repay national debt.

Although on the face of it the King had consolidated absolute monarchy which should have put an end to feudalism, the small land owners and the peasant class were still bound to extremely unfair contracts with the feudal lords. This tension and frustration of the working class was the result of the oppressive rule of the monarchist regime. Although the regime had been very successful in defending France from foreign invaders and sorting out internal religious and other disputes it was believed to have been extremely unfair to the general public.

The cost of affording a respectable or even a sustained lifestyle had shot sky high with the rise in bread prices and basic necessities. On top of which the working class was obliged to pay heavy taxes to finance the government’s running.

This obviously led to the feeling of resentment within the bourgeoisie who wanted a more equal system of governance in France. From this point of view they were the forerunners of the whole revolution but there was another side to this social awakening and that was the decrease of importance in the belief of God.

In the interests of fairness in analyzing the root causes of the whole revolution then it must be noted that the religion of Christianity had a big role to play in it. The religion itself is not to be blamed but it is what the nobles and priests did under the banner of religion that may be condemned. The Christian rulers of that time were known to be extremely intolerant which resulted in the persecution of religious and ethnic minorities in France.

Moreover the principles of Christianity were distorted by the priests to gain power over the people and maintain their social standing as a result intellectually straight-jacketing the government. This is a major reason why the monarchist regime of France was considered by the Intellectuals of the time as being backwards. When the ruling party is unjust and carries with it the banner of a religion then that religion gets the blame for being unjust.

Consequently the revolutionary movement may have also been seen as an anti-God movement because of the dealings of the so called men of God. It is actually those people who practiced injustice under the banner of religion and persecuted the people that gave birth to the atheistic spirit of the revolution and the deeds of the so called men of God can be seen as one of the major causes that ultimately led to the revolt.