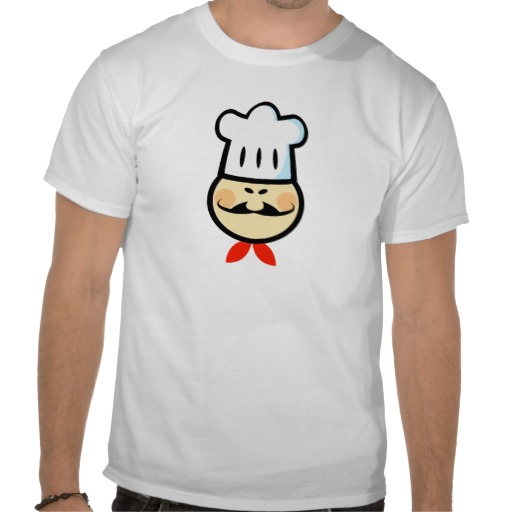 Are you interested in learning more about French chef’s uniforms, and shirts in particular? To learn more about these read our guide for more facts and information…

Contemporary chef’s uniforms were first developed by French chef’s over 100 years ago. These uniforms are made up of different components, each with its own use and benefits.

Of the chef’s uniform perhaps the least notable and important item is the shirt. These do not really serve much of a purpose as the chefs and cooks receive sufficient heat and splatter protection from their jackets and aprons.

There are no particular chef shirts that are worn, so pretty much anything can be worn as long as the sleeves do not get in the way of the cooking. Also, these should not restrict movement too much.

Indeed, in the restaurant business more emphasis is placed on the shirts of the servers than on the shirts of the cooks or chefs. In fine dining restaurants, particularly in fine dining French restaurants the servers usually wear tuxedo or dress shirts, and sometimes wear aprons over these. Even then, the aprons have less to do with function than with appearance. The servers and waiters are expected to look well put together and neat as they are constantly visible to the restaurant diners.

Funnily enough, these days French chef shirts are casual items often worn by people not even in the culinary profession. French chefs have been caricatured a lot in popular media of late. They are made fun of in a stereotypical way (think of movies such as Ratatouille). Out of this there has developed an entire trend of French chef theme home décor and clothes. The most popular of these are home aprons and shirts that have images of cartoon French chefs on them.

These have become so popular of late that some people have even started to collect these themed items. The most popular collectors’ items being French chef theme related shirts.

Theme French chef shirts often make great gifts for loved ones. These are especially popular for people who take themselves seriously as amateur French chefs or serious foodies. In addition, they make excellent gifts for culinary school graduates.

For example, some of the funnier shirts include the slogan ‘choose your weapon’ with pictures of different kitchen utensils alongside.

There are even websites where people can order customised French chef themed shirts. And, these are generally very affordable.

These make good gifts because if they are bought for someone who is serious about their cooking, or are professional chefs they are more likely than not to already have all of the latest cutting edge kitchen utensils and appliances.

Other popular French chef related gifts are mugs, plates, table mats, wall clocks, aprons, books and hats. Because of the popularity of these there are many online retailers in which one can order these at reasonable prices.