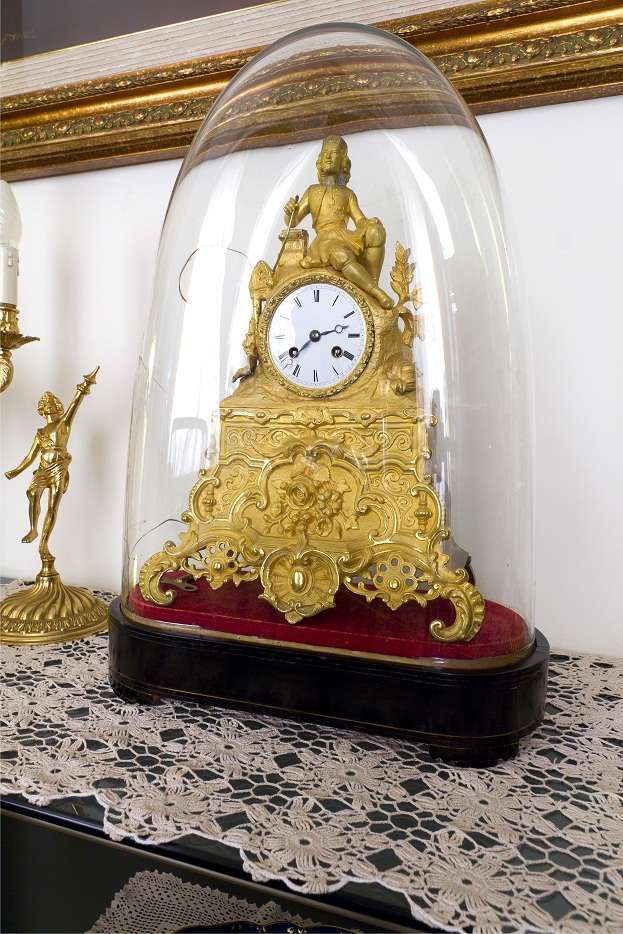 Interested in French clock cases? Read on for facts and info on these highly decorative ornamental clock cases…

The origin of French clock making can be traced back to the 17th century. These highly gilded and beautifully crafted pieces became popular in the French court and Kings Palace. One of the most popular gilded bronze clocks is known as the ormolu. The French clocks from the 18th and 19th centuries featured highly decorated and ornamental cases with figurines, design and a variety of patterns used to decorate them.

The beautiful long case French clock is different from the narrow box style of different countries. It is a very shapely, tall and imposing timepiece.

The French skeleton clocks are extremely popular with collectors today, and this is one of the French clock cases to have multiple faces along with a window through which you can see the clock mechanism.

The beauty and uniqueness of an antique French clock appeals to antique clock collectors as well as amateurs. The highly ornate and accented figural designs on their cases make them a sight to behold.

Some large timepieces were designed to be transported on a horse carriage and therefore had a handle for easy maneuvering. This traditional carriage timepiece was made out of brass making it a timepiece with one of the most beautiful French clock cases and had a glass cover on the dial.

It usually has chimes on the hour playing the standard Westminster chime. The carriage timepiece is approximately 5 1/2 inches in height and 5 inches wide. This timepiece was usually concealed in a Leather case and the user had to actually open the case to check time.
Some of the carriage clocks were very sturdy however others were designed with intricate painted scenes on the clock face which was usually crafted out of porcelain. These designed French clock cases were usually made for the wealthy and beautiful bells on the sides and which ring every half hour. Some of these carriage clocks were displayed after the clock casing was removed in order to show the French clock movements from the inside. This is mainly because of the antique clocks beautiful and attractive spring-loaded mechanism.

Others were to be displayed on a shelf to be admired and these were named Mantel timepieces. They are very extravagant, artistic and decorative when it comes to their design, because they are the timepieces that aim to evoke admiration. These mantel timepieces have French clock cases that are crafted from onyx, marble, wood, porcelain or ormolu and are quite pricey.

However, the simple Moribier clock is also very popular amongst collectors. Even though  this timepiece is simple it was sparked off by the Provençal design theme. The clock gets its name from the village of Morbier in the French – Comte region which was the location of manufacturing this timepiece. The villagers manufactured the pieces for this clock and clock makers from all over the country purchased them to craft a new design. This small town was on a trade route and thus the clocks were purchased by anyone traveling through the town.