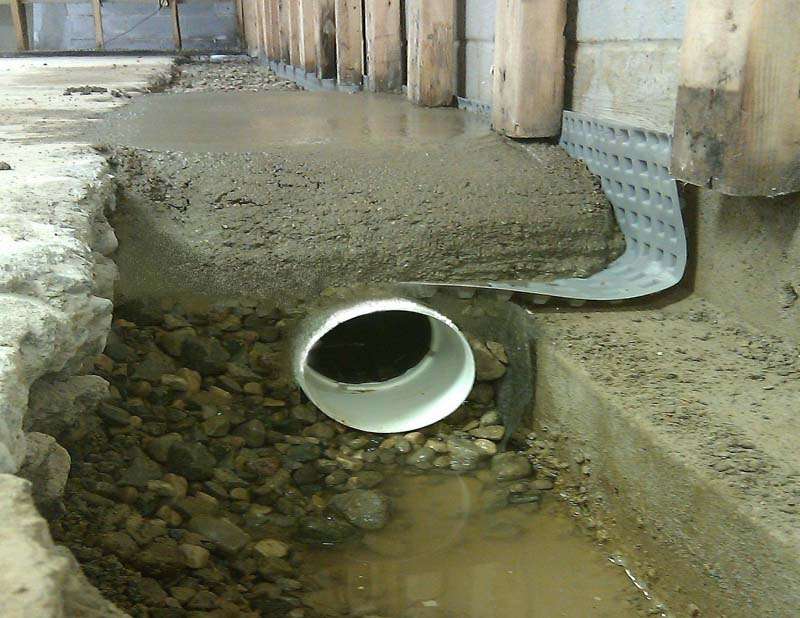 Want to put a French drain system in your Basement? Want to know if French drains are a good idea for your basement? Our guide to waterproofing basements with French drains gives you the facts & information you want to know.

Setting up a French drain system in a basement entails carrying out a variety of tasks in both the planning and execution stages. Most people end up installing French drains in their basement after experiencing leaks in certain areas of the basement which are usually attributable to wet soil in the surrounding areas. Although it may be tempting to dive right in and put the French drains in right away there are a few things you should do beforehand.

French drain fitting is one of the most straightforward ways to prevent water from entering your basement. However, often service providers neglect to install them when building homes which means that this is most likely something you will have to do yourself. The price of installing a French drain is not much because all it needs are some perforated PVC piping and a several bags of gravel.

Contrary to what many people believe, a French drain system is not complicated in its design and implementation and involves very little specialist knowledge or materials. A French drain is fundamentally a system of gravel and plastic piping that surrounds the basement and channels water away from the foundation. A French drain makes use of gravity and helps ground water sink to lower levels away from your home’s foundation. It is for this reason that French Drains should always be installed around foundations.

Installing a French Drain Around Your Basement

The next step in installing French drains in your basement is as follows: Perforated 4 inch PVC, or similar plastic pipe, should be connected together on top of the gravel with the holes facing downward. It is vital for the holes to face downward as water tables build from the bottom up. The PVC pipes should be connected so that they funnel water in the direction of the trench and then connect to a straight section of PVC pipe that extends the length of the trench.