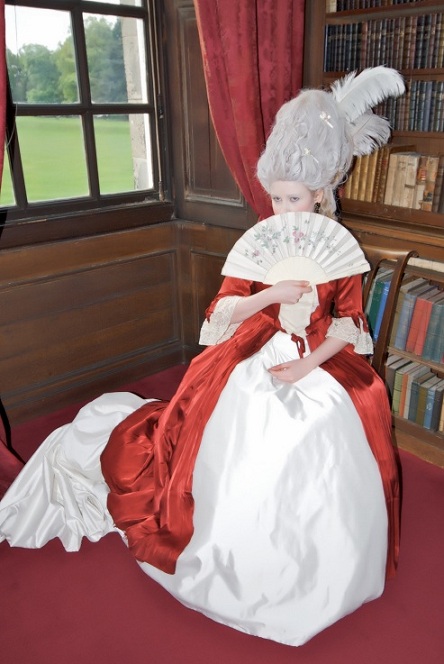 Although the French revolution is considered to be a movement to address the social and political injustice in France the wide spilling effects of the movement can be seen in many other areas. The revolution almost had a demanding effect on the prevailing fashion in the country.

It is another aspect altogether to notice the changes that took place in fashion during these years of turmoil as it shows how the common people felt and carried themselves under the changing situation. France was known for its extravagance in the arts with exuberant architecture, costume and future design the mode of living in France was at its zenith. The socio political unrest of the time did away with all of this and now the fashion in France was anything but extravagant.

Simpler Fashion After the Revolution

One of the major reasons why French fashion moved from being the vibrant and overdone fashion that it was to the simplest of fashions was that the revolution was aimed at abolishing the class difference amongst the people. One of the most obvious ways in which class difference was apparent was the way in which people dressed and carried themselves. The nobles who survived the guillotine sought to drop the fashion that made them distinct from the working class and now strived to be considered as an equal fellow citizen in order to save their hides. With the abolition of the class system men and women of different classes had to intermingle willingly or unwillingly and they had to be looking the same, living the same and dressing the same.

Fashion & Politics in the French Revolution

A significant change in fashion was the kind of materials that were now being used to make clothes. Because life was now moving towards the simple side, all those fancy materials such as silk, velvet, ribbons and laces were done away with and cotton was now the most common material. This was mainly because equality in class required equality in dress and cotton was the cheapest material which everybody could use. People chose to wear dark and sober colors which were probably because of the mood prevailing at the time or because of the cost effectiveness of the dull colors. The tricolor cockade which was the symbol of the New France was to be seen on every dress as it showed the patriotism of the people. Without the display of the cockade the very lives of the individuals could be at stake because of the rapidly changing governments and the sensitive situation that the whole of France was in.

Although the women at that time were relatively poor and kept busy in their work there was still a shift in the trends that used to be common before the revolution. The stiff man like dress which was borrowed from the English was now being dropped for a simpler and more comfortable dress that would be of much more convenience to them. The skirts were simple but were free from the stiffs that were required to hold up the English type dress. The frills and ruffles were only occasionally to be seen but the national cockade and revolutionary symbols were seen to have been incorporated in the design in patterns such as flowers and lines etc.