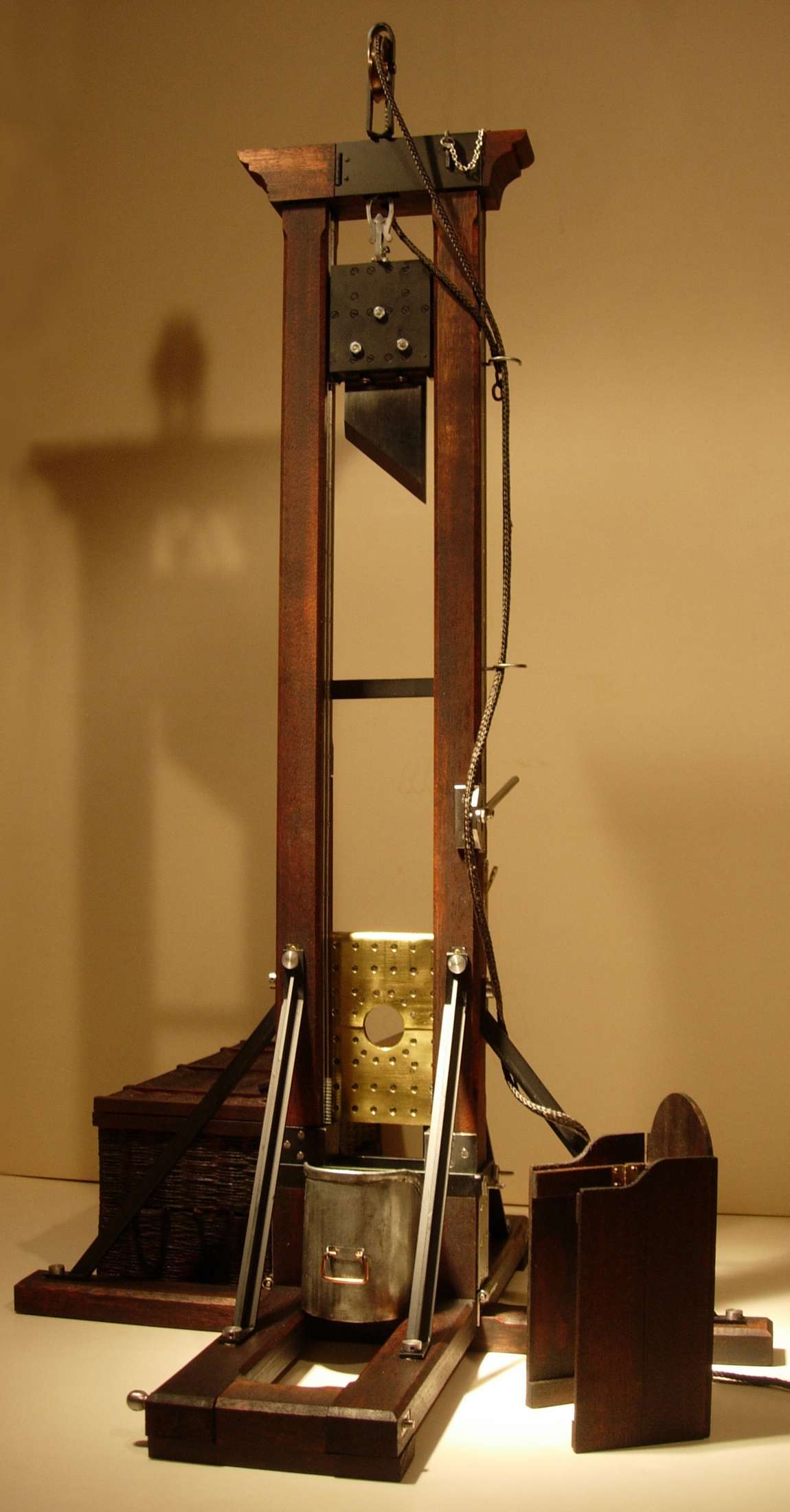 Interested in the history of the guillotine during the French revolution? Want to know who invented the Guillotine and why? Our guide gives you the facts & information you want to know.

The idea of capital punishment is a much debated issue even more so in our times than it was at the time of the French revolution and the years preceding that. The idea behind capital punishment which was purposely carried out in public was to deter the onlookers from committing such felonies that would lead them to this horrific fate.

Although there is nothing wrong with punishing a criminal for his crime, the severity of the crime should determine the nature of the punishment. In this way a person who has committed a serious felony was to be executed publicly so that others would take heed and this would become a means of establishing a just state.

During the French revolution however all sorts of people went under the Guillotine, from petty thieves to all those who stood in opposition of the revolution, and of course its most famous victim; the Catholic king of France Louis XVI.

Although the guillotine is seen as a sign of tyranny and cruelty it was actually a device invented to make the punishment of beheading more humane and less painful for those subjected to it. Poor Dr Joseph Guillotine is seen as the evil initiator of this method of execution whereas in reality he was a kind man who wanted to make it easier on the ones who were going to be executed.

The guillotine was a rather fast method by which people could be beheaded. Victims were placed with their face down between two vertically suspended beams with a huge angled blade of over 40 kilos that was dropped from above at a height of around 2.3 m.

The whole process of getting the prisoner up the few steps with his hands tied behind his back and then dropping the blade upon him took less than two minutes in total. The blade however took even less then a second to chop off the victims head and send it rolling in the basket that was kept underneath.

This graphic description may seem gruesome to most of us now but we must understand the true nature of events behind the use of the guillotine. This is not to say that everyone who was subject to the guillotine was rightly charged; rather what we should aim to understand is why this mode of execution was adopted by the French.

At the time of the revolution the frequency of executions increased drastically. Before the use of the guillotine prisoners were beheaded with the use of a sword. This required the services of a skilled executioner who could work the sword with accuracy and cause the head to be separated from the body in a single swing.

With the shear number of people being subject to execution overwhelming the number of skilled executioners a new and faster method for execution was the need of the time. Hence the idea of using a device that would not only be more efficient in terms of being able to execute the many people that were sentenced to death, but also to make execution more humane was initiated by Dr Joseph guillotine. In the course of the events that were to follow about 40,000 people were to go under the blade of the guillotine.