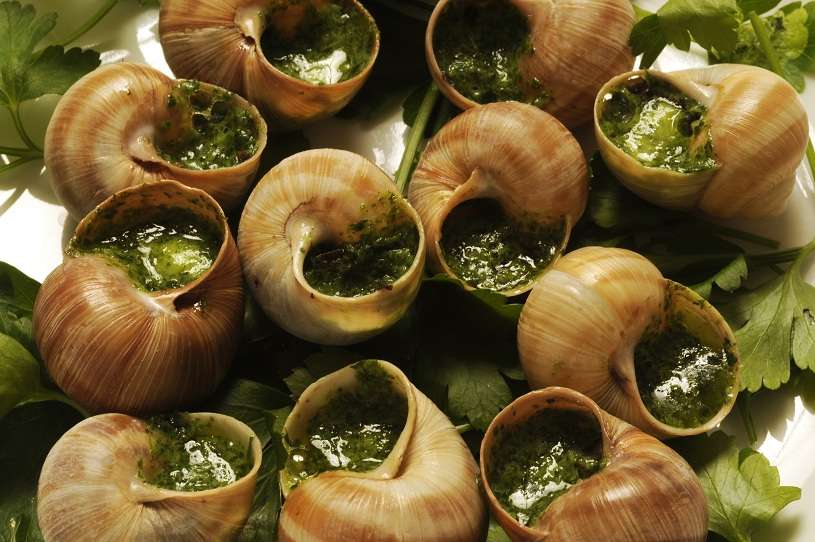 Want to learn more about French snails? Read our guide for facts and info on how French snails are used to make popular dishes in the country…

When you think of French food you think of numerous gastronomical delights. France really offers the richest cuisines in the word with delicacies and specialties in the genre of savory dishes, desserts, pastries, preserved foods and even bread. Amongst these are dishes based on French snails.

Escargot, the French word used for snails, is a delicacy served as an appetizer in restaurants across the world. This is essentially a dish of cooked land snails which is presented as an appetizer and the name is also used to discuss living snails of the same species.

You must know that the snails come in a variety of forms and not all species are edible. Even out of the edible variety, the mouth feel and taste of the flesh varies from species to species. Generally the snails can be eaten as it is or be shelled, gutted and be prepared with garlic butter or chicken stock. This mixture is often poured back into the shell with the butter and sauce to serve. It is often flavored with garlic, parsley, pine nuts or thyme.

French snails are commonly associated with France as a novelty item and ordered by many a tourist just for the fact that they want to eat them and find out for themselves how tasty and satisfying they are. They’re quite delicious and filling but we often wonder where French snails actually come from!

France is famous for over 200 farms which breed snails, and it is interesting to find these mollusks all over the place.

Even though the French snails are hermaphrodites, in order to breed they need to mate for around 12 hours! The reproductive organs on French snails and others are where their ears should be and once they are done mating, they put their head into an earthen pot and lay over one hundred eggs. Then in three weeks, rather than hatching, they just grow into snails. After one week the babies are taken to the netted pens and they live here for around four months.

It takes approximately 4 months for the baby snail to grow into an adult, and at this point they can be consumed raw or after cooking. The snails are fed a diet of radishes which are planted inside the pen and provide an ideal form of nutrition for the French snail along with giving them hiding places and this place is sprayed with water once a day.

First the snails are killed by plunging them into boiling water. Then they are gutted, washed in salt and vinegar, and boiled in stock for 1 1/2 hours. You can make items like pates, preserves, or delicious appetizers.