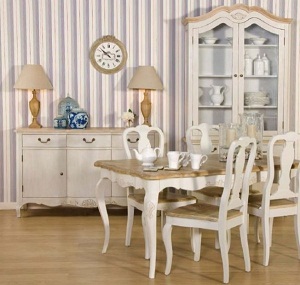 There are many different styles of French furniture, each belonging to a different period in the history and heritage of France and consequently having their own peculiar influences and appearances. The last style of antique French furniture to become internationally famous and which is still seen in many houses across the world today is the reproduction French Empire style of furniture.

French Empire Style Furniture has its roots in the 17th century when France was ruled by Napoleon Bonaparte. Napoleon was a military genius whose military conquests were vast and spanned different continents. French Empire style furniture flourished under the rule of Napoleon with the impetus behind the furniture designs being an attempt to communicate the Imperial grandeur that France had achieved under Napoleon. Interestingly, two of Napoleons conquests included Italy and Egypt, both of which had powerful empires at one point in history. Many of the artisans, architects and sculptures in Imperial France would borrow concepts from their Roman and Egyptian predecessors and incorporate them into French artistic endeavors, including the production of French style furniture.  Thus, in a way the French style of furniture known as Empire furniture is an attempt to encapsulate the glory of bygone empires while attributing that grandness to France.