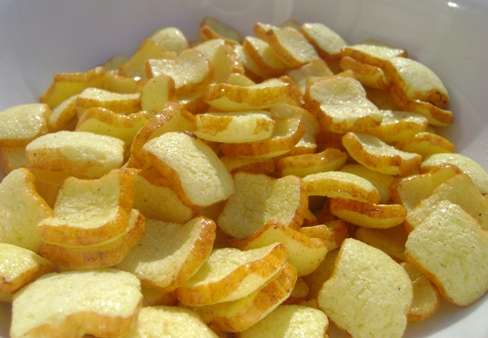 Do you miss your favorite French toast crunch? Then read our guide for more facts and information…

French toast crunch is a breakfast cereal that was launched by the General mills company in 1995. The name is so because they are flavored to taste like French toast.

Initially the cereal pieces looked like slices of French toast but they were later changed to a wavy square coated with cinnamon and sugar flavoring. The design of the cereal is similar to the Cinnamon Toast crunch, another cereal manufactured by General Mills.

The cereal has been discontinued in United States yet continues to be produced and marketed in Canada. Fans of the French toast crunch can purchase it online through the online retailers. The cereal comes in a pack of six.

For those who want to prepare the cereal themselves, follow the given recipe. The total preparation time is 15 minutes, cooking time is 35 minutes and the given recipe makes six French toast crunch slices.

Begin by beating eggs and sugar in a bowl till smooth. Then pour in milk, nutmeg, vanilla extract, cinnamon and cream. Whisk until smooth. Leave the crushed cereal aside in a separate shallow dish.

Dip two pieces of the egg bread in the egg mixture. Make sure that the bread is soaked well, reaching the center of the slices. Ideally wait for thirty seconds per side. Press and hold to coat both sides. Set aside the finished slices on a piece of waxed paper.

Now melt butter over medium to high heat in a non stick pan or skillet. Cook the toasts in the pan for around 3 minutes per side or until both sides are golden brown.

Follow the recipe and enjoy your favorite French toast crunch at home.