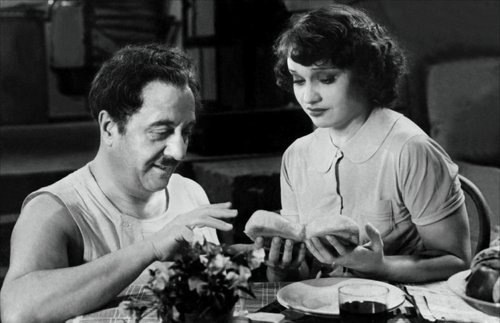 Are you interested in 20th Century French cinema? Perhaps you’re doing a college project on French cinema? Whatever it is, we’ve put useful facts & information here that’ll give you an insight into French cinema.

The biggest names in French cinema, or any cinema for that matter were the Lumiere brothers. It was the Lumiere brothers that invented moving pictures and so can aptly be assigned the title fathers of modern cinema. Another first to come from the Lumiere brothers was the world’s first cinema. Initially the cinema shows put on by the Lumiere brothers consisted of a series of two minute reels that were shown to paying audiences at the grand Café in Paris in 1895. The Lumiere brothers remained prolific in the world of film until the outbreak of the First World War; however, they decided to concentrate more on making documentary films and newsreels.

This left the way open for another pioneer of 20th Century French cinema, Charles Pathe, to more or less monopolize the movie cinema industry in France around the turn of the century. Pathe, was so prolific in his production of moving pictures that he was dubbed the Napoleon of Film in France at that time.

During the First World War the appetite for movies in France was understandably diminished. The world of French cinema remained in a rather stagnant state for several years after the War until in the 1920’s several developments and innovation took place. Several young, avant-garde French film directors came on the scene all with an artistic passion for film making and experimenting with film as an artistic medium. French cinematic film makers such as Marcel Carne, Rene Clair and Jean Renoir, the son of the famous French Artist, all experimented with a wide range of themes and cinematic styles in their films.

Renoir’s films were characterized by strong narratives, a heavy sense of social satire and poetic realism. Rene Clair, whose films are remembered for their fantasy like nature, often portrayed a negative view of the world dominated by poverty and violence.

Once again in 1939 France was plunged into another world War ravaging the nation’s infrastructure and economy. French cinema was inevitably held back with very little by way of development in French cinema occurring until the late 1950’s.  At this time a large group of young French film makers came on the scene who would soon come to be known as the pioneers of new wave cinema in France. Jacques Rivette, Jean lucques Godard, Loius Malle, Francois Truffaute and Alain Resnais are but a few of an abundance of French talent that worked in cinema at this time.

What bound together this group of otherwise rather disparate French film makers, was a passionate belief in the artistic integrity of the film maker and a consequent belief that the director should have complete artistic license over a film without interference from studios and producers. This led to a series of low budget films being produces that had very little by way of expensive sets and big stars. However, it was from films like these that the French cinematic icon Brigitte Bardot was discovered in 1956.