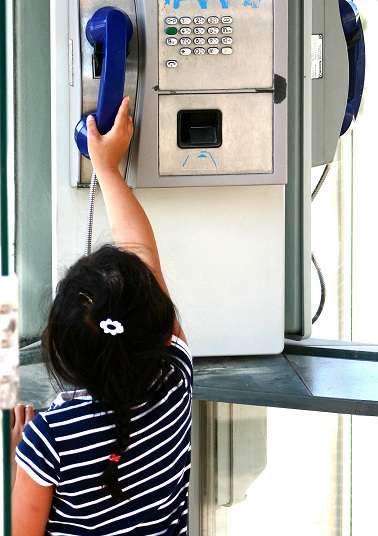 Country codes are usually posted on a sheet inside public phone booths around France. If you can’t see it on the sheet, it’ll be inside the phone book which is also in the public phone box. If you’re really unlucky and can’t find either, just dial directory enquiries on 12.

The good news is that it’s free to call directory enquiries from a public phone in France. However, don’t always expect to be able to speak to an English speaking operator.

It is possible to make a reverse charges call internationally in France. This call is called PCV in French. You simply dial00 followed by 33 and then enter the country code and the rest of the number you wish to dial.

Some Public Phones in France are still coin operated; however, the majority of public phones in France these days require a phone card, or telecarte, to use them.  Telecartes can be bought from supermarket check out counters, tobacconists, metro stations, post offices and SNCF offices.

International call tariffs in France vary depending on what country you are calling and in some cases what region of a country. For example calling the mainland US is cheaper than calling Alaska, Hawaii or the Caribbean. There are also different tariffs on international phone calls from France depending on what time of day you make the phone call. Standard rates, which are the most expensive, apply from 8am until 9.30pm on weekdays. Making an international call outside of those times incurs lower charges at reduced tariff rates.