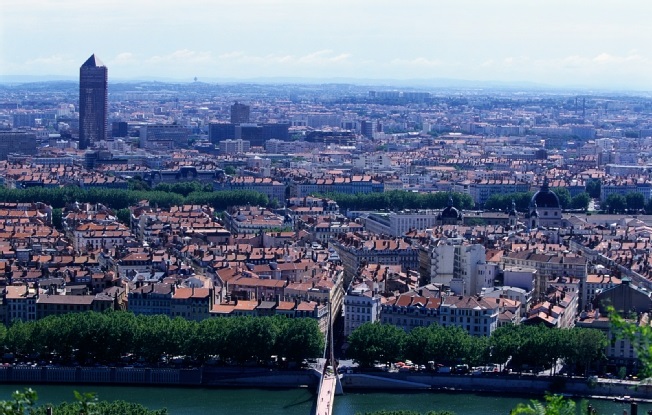 Going on vacation to Lyon in France? Want to know what to do & see on vacation in Lyon? Our vacation guide to Lyon gives you the facts & information you want to know.

With a population of some 1.6 million people Lyon is one of the largest cities in France and capital of a French province by the same name. Every year, Lyon receives hundreds of thousands of tourists who come here for their vacation. Lyon has a lot to offer, from its rich history, to shopping to entertainment and nightlife.

Located in the centre right of France, Lyon has excellent transport links not only to the capital city Paris via train and road, but also to other European cities such as Geneva and Milan. Lyon was originally established over 2,000 years ago as a Roman Garrison town and since then has remained permanently populated.

It is a little known fact that Lyon is home to the modern cinema, as it was here in 1895 that the Lumiere Brothers, pioneers of French cinema, first invented moving pictures. Although the Lumiere Brothers are long gone, their memory lives on and there are several cinemas around the city of Lyon where you can take in a movie. Just make sure you know if the movie is subtitles or dubbed.
One of the most popular attractions in Lyon for people on vacation is the St. Francis of Sales Church. Although the church itself is quite beautiful the real claim to fame of this destination lies in the huge church organ complete with its long pipes and billowing sound.

Lyon is home to one of the most important opera houses in France. The Opera de Lyon can hold up to 1,200 people and regularly stages opera productions. A visit to this opera house is an excellent cultural experience that will add to any vacation experience.

Close by to Lyon, and a popular attraction for many people on vacation here, is the medieval city of Perouges.  Once a thriving city, Perouges is a popular day trip destination from Lyon because of its quaint architecture and authentic medieval feel. This town has been used as the location for filming many movies including most famously the three musketeers.