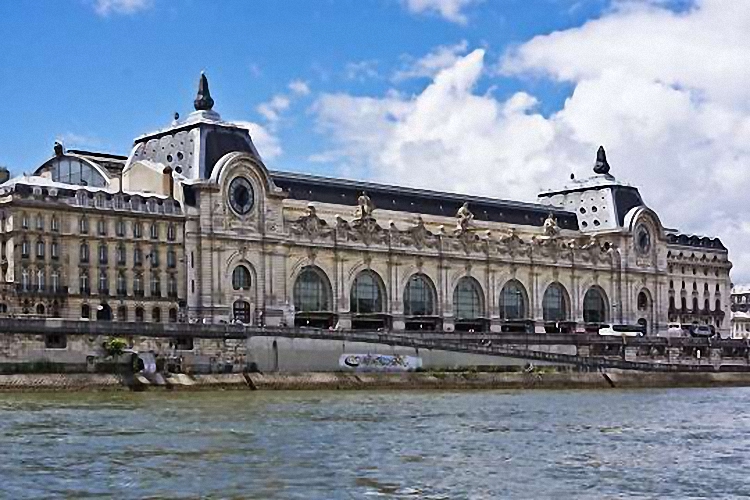 The Museum d’Orsay is one of the most popular art museums in Paris. Located in the centre of the city of Paris finding the museum is not difficult.

The Museum is located at number 1 Rue de Bellechasse which runs parallel to the river Seine. If you are coming to the Museum d’Orsay by the metro system then the nearest station is either Musee d’Orsay station or Solferino station. Both are within walking distance to the Museum and the route is clearly signposted.

The Museum d’Orsay houses one of the largest and wide ranging art collections of any art museum in Paris, with the obvious exception of the Louvre Museum in Paris.  The Museum d’Orsay is dominated by exhibits belonging to French painters and sculptures from the mid 19h century up until the start of the First World War.

The artistic collections of primary interest to most visitors at the Museum d’Orsay are those belonging to the famous French Impressionists including Monet, Renoir and Sisley to name but a few. However, artwork from the post impressionist and art nouveau schools is also well represented at the museum and is popular with visitors to d’Orsay.

The Museum d’Orsay in Paris is housed in a large building that was originally intended to be a railway station. The Museum d’Osay opened in its present capacity in 1986 and the building and the artworks within it are set out on three levels. The majority of art nouveau collections are housed on the middle level, while the impressionist collections are exhibited on the top floor.

The Museum d’Orsay is open every day except Monday. Opening hours at the museum are from 10am until 6pm. On Sundays the Museum opens an hour earlier at 9am to accommodate larger weekend crowds.

Standard tickets for the Museum d’Orsay in Paris cost 7 Euros, while reduced tariff tickets, eligible to those under 26 cost 5 Euros. Tickets for everyone on Sundays are reduced to 5 Euros. Tickets for the museum, like many other Paris museums, are valid all day so you can go in and out as many times as you like. Alternatively, yo ucould invest in a Paris museum pass that allows you access to literally dozens of museums and monuments in Paris, including the Orsay Museum.