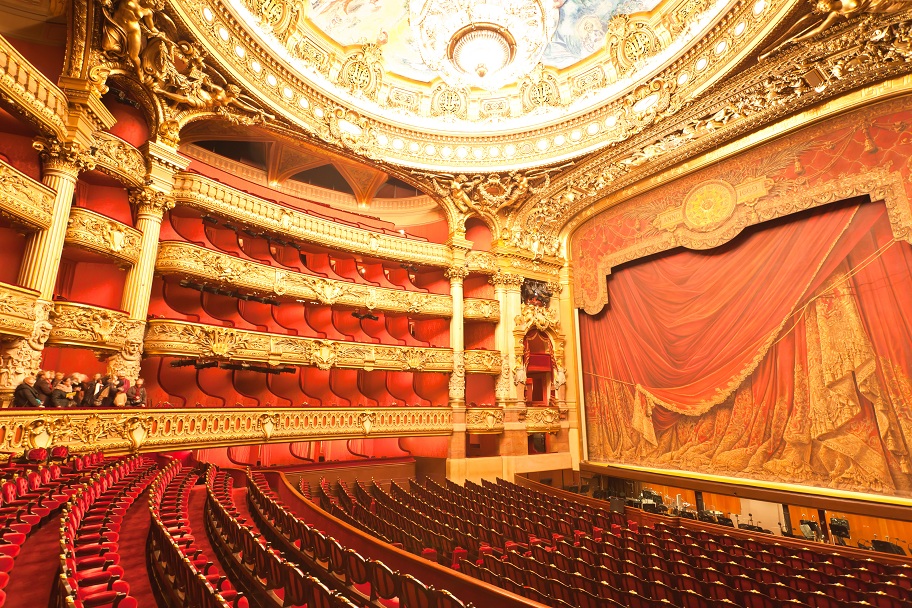 Going on vacation to Paris France? Want to enjoy some authentic Parisian theater? Our guide to Paris theatre gives you the facts & information you want to know.

The French Theater is alive and well and thriving in Paris. For hundreds of years the French have been at the forefront of artistic developments be it in the realms of painting, sculpture, dance, literature or theater.

The birth of Theater in Paris really took off in the 18th centuries, when plays with religious themes, often containing miracles, were performed around the grounds of cathedrals and churches for the believing public. Such theatrical performances were sanctioned by the religious authorities at the time and viewed as a means of increasing the faith of the public.

Theater in Paris today provides an eclectic mix of offerings likely to satiate every artistic palette from the most traditional to the most avant garde. Many of the great names in Parisian theater from the 18th and 19th centuries such as Alexander Dumas, Victor Hugo and Samuel Becket are still very much kept alive by regular performances of many of their greatest works at various theater venues across Paris.

Paris is home to literally dozens of different theaters, all of which are putting on some type of theatrical performance to ensure that there is something interesting for you to see on your trip to France. The best place to start looking for Paris Theater listings in English is at any local tourist office in Paris where pamphlets in English stating what is on where can e obtained. There are also periodical magazines that can be bought at any newsstand in Paris with complete listings and reviews of theater performances across Paris. Two popular titles include Figaroscope and Pariscope, both of which while written in French often contain English pull outs specifically for non French speaking tourists.

Of course the vast majority of theater performances are performed in the French language; however, with theater, like man of the performing arts a linguistic barrier does not prevent one from getting the just of the narrative as well as enjoying the fabulous sights, sounds, colours and voices.

Buying a theater ticket in Paris is relatively easy and there are a few choices. Many hotels will be able to sell you theater tickets at the front desk. Otherwise you can purchase your ticket at a ticket agent in Paris or simply buy the ticket directly from the theater itself. While it’s possible to purchase the theater ticket on the same day as the performance in many cases, it’s best to book ahead if it’s particularly popular play or musical you wish to see.