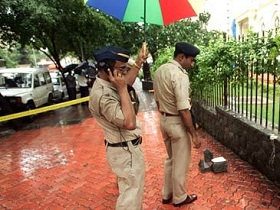 The style of investigative journalism emerged in the press of India in the 1980s. The turn to the style was prompted by political turmoil such as the return to power of Mrs. Gandhi. Originally investigative pieces were typically featured in magazines; when magazine circulation rose, newspapers responded and shed many of their past conservative techniques. The pieces of investigative journalism circulated in India are often written in either a partisan style or regarded as sensational. The pieces run in Indian newspapers are often also criticized as serving more as an advertisement than as a true journalistic piece.

Since the 1980s when investigative journalism emerged in India there have been a few landmark cases. The Bofurs gun scandal is considered one of the first and most influential pieces of Indian investigative journalism. This scandal involved then Prime Minister Gandhi who was accused of receiving kickbacks from the Bofurs Company. This piece of writing in part led to the defeat of Prime Minister Gandhi in the next election. In 1996 another landmark case emerged when the story of the Fodder scam broke. This scam again involved the Indian government as it was stated that embezzlement from the treasury of the Indian state Bihar had been ongoing. Another piece that was important was the piece concerning the Jain Diary Case which was a political scandal where the government had secretly received funding. Other pieces of investigative journalism in India worth noting are the Petrol Pumps largesse scandal and Satyendra Dubey’s murder case.