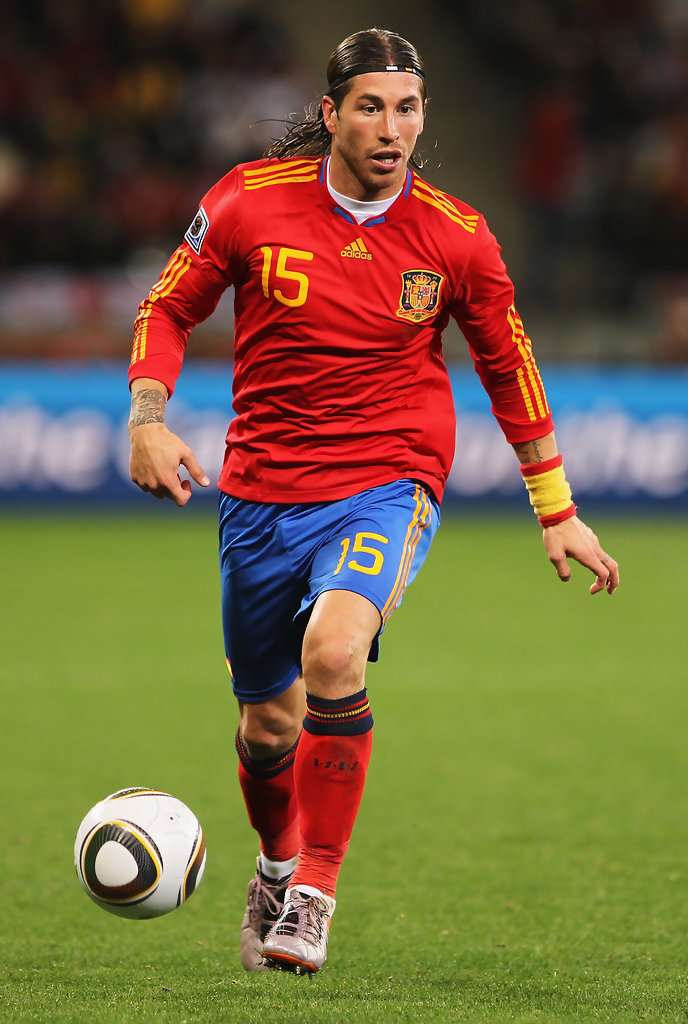 Want to learn more about Sergio Ramos from Spain? Read on for facts and info on this popular Spanish footballer who plays for Real Madrid and the Spanish national team…

Born on 30 March 1986, Sergio Ramos is a world-class Spanish footballer who is part of the Spanish national team and also a player for Real Madrid. His most common position is as a right back but he is often used as a left back and central defender as well. The Spaniard is best known for making long runs along the right flank and is quite good with his crosses. Not only does he play an important role in preventing the opposition from scoring goals, but he also assists his teammates in scoring goals as well.

On being signed by Real Madrid, Ramos acquired the number 4 shirt which used to belong to team captain Fernando Hierro. His first goal for the team came on the 6th of December in 2005 in the UEFA Champions League. However Real Madrid actually lost that game at 3-2.

Ramos was made to play at the center back position during his first season. On emergency occasions he would fill in at the position the defensive midfielder. When Christoph Metzelder was introduced into the side Ramos was once again put back at the right back position.

One of the things that distinguishes Ramos as a footballer is that he has an instinct to score goals although he plays as a defender. This can be seen in the fact that his team managed to score 20 goals during his first four seasons. It came as no surprise when he revealed in an interview that during much of his youth he played as a striker.

Among the most memorable moments for Ramos in Real Madrid is the 89th minute assist, which managed to secure a victory against CA Osasuna in 2008. With this victory Real Madrid sealed its 31st league championship. In the same tournament Ramos managed to score twice on the final day of the season. This was against Levante UD, a team that he had been relegated from before.

He started the next campaign of the Spanish Supercup with a vital goal against the team from Valencia CF. One of the most outstanding goals scored by this Spanish footballer was an acrobatic volley which he performed against RCD Mallorca.

In the year 2008 Ramos managed to be part of the Team of the Year award for both Fifa and UEFA. Placed on the European player of the year nomination list for 2008 he ended up at the 21st position for his efforts.

Ramos started attracting a lot of attention in his international career when he played for the under 21 team. He is also acknowledged as being the youngest Spanish player to play for the national team at the age of 18. However his record was broken by Cesc Fabregas. He made an impressive debut which has since then established his place in the national team.