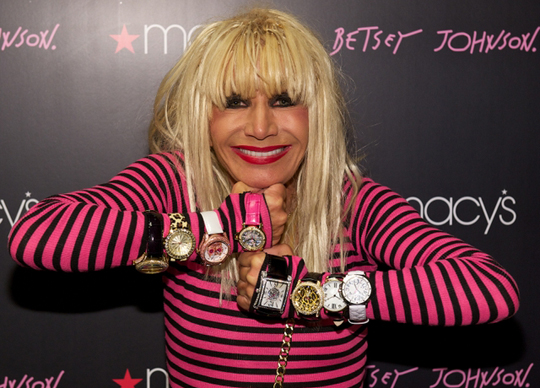 New York Fashion Week Fall 2014 is going to be taking place during the week commencing 6 February 2014. Mercedes Benz and MADE will be hosting a series of shows in New York, but there will also be some independently produced shows taking place in the city.

Many of the shows will take place at the Lincoln Center, which is located in the neighbourhood of Manhattan. The Lincoln Center is a huge complex with a number of different venues.

The Pavilion, which is at the centre of the complex, will provide a large area with seating and runways. Changes are going to be made to The Theater and The Salon venues, with the aim of making it easier for the designers to amend the seating according to their needs. There will also be some shows at the Hudson Hotel, which is nearby. The Hub at the Hudson will be used by new and emerging designers.

There will also be some off-site locations used, but the shows will be arranged at times that do not compete with the main shows.

Shuttles are going to be provided between the locations for both editors and buyers, which will make it easier for those attending to travel to the different shows.

A digital district is also going to be set up, which will allow the show to be streamed and viewed by people who may not want to travel to the live shows.

More than one hundred designers are expected to be taking part in the shows. The designers involved change from year to year, but you may see shows from big names such as DKNY, Calvin Klein and Ralph Lauren. Designs from Betsey Johnson, who has a line at Macy’s, can often be seen at New York Fashion Week.

Other names who may be involved include Tommy Hilfiger, Lacoste, Pamella Roland and Lela Rose.

Trends in the autumn 2014 collection are expected to be very varied, ranging from traditional plaid designs to the more rebellious punk look.

The punk fashion trend is expected to evolve during 2014, with the look undergoing changes and becoming more sophisticated. In contrast, plaid is expected to remain a major trend, possibly with some more glamorous elements added.

Vintage inspired designs are also going to feature. The feminine look of the 1950s is set to be popular, with full skirts, cinched waists and long gloves featuring strongly. Swing jackets are also expected to be featured, either in plain or patterned variations. Styles influenced by 1960s fashions are also predicted to be in trend, with neutral colours and high necks featuring to give a minimalist look. Also in vintage designs, boudoir styles are predicted to grow as a trend, taking influence from Hollywood film stars of the 1950s and 1960s.

As well as the vintage styles, bold and modern designs featuring digital prints are set to appear on the runways. These will range from black and white street scenes to colourful floral images.

If you are travelling to New York for the fashion shows, you will have a wide range of hotels to choose from. These range from good quality budget accommodation to elegant, luxury hotels. There are also numerous apartments available for rental, as well as guesthouses and inns. There are also some great deals to be had on New York flights if you look around.

New York Fashion Week Fall 2014 is set to see some exciting trends emerging, ranging from the traditional, vintage influenced designs to the bold and modern styles.

USA
New York City is the apple of many an eye. This is the city

USA
Interested in the bald eagle American flag? Find out about the history and significance