Classical music was the more sophisticated form of music. It was considered to be one of the highest art forms with the bulk of the people involved in producing this kind of music being the scholars and the literate class. 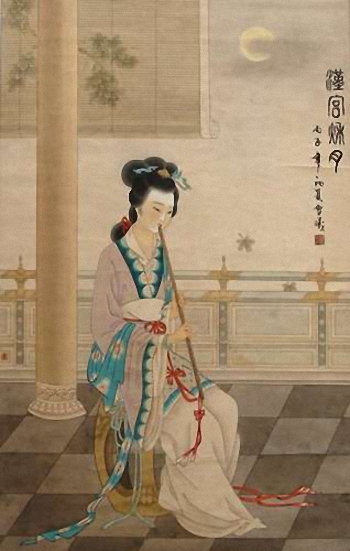 Chinese classical music has a very distinct flavor to it. Traditionally it was played solo on a variety of different instruments. The seven string zither and the pipa were among the most popular instruments. Musical documents based on these two instruments date as far back as 3000 years ago. This form of traditional music had a thematic and poetic classification.

There was a deep connection of Chinese classical music with poetry and other forms of lyrical dramatics. In its essence this form of Chinese traditional music is considered to be poetry without the use of words. Classical music was a medium of human expression and the distinct moods could be felt in the art form.

The reason why this form of traditional music is highly revered is because you had to be a top notch player of the instrument as well as possess the sensitivity to use the instrument in such a manner so as to be able to connect with the audience emotionally. The players of different stringed instruments made use of various techniques such as bending, sliding, crossing the strings and the like to produce intense expressive sounds.

Traditional folk music differed from classical music in a number of ways. The primary difference existed in the fact that the use of vocals was pivotal in folk music whereas it was absent in classical music. Folk songs consisted of narrative story telling based on different themes such as love and war. They were not based on solo performances. Rather folk music was composed and performed in ensembles.

The folk music of China has had a profound influence on the development of music in the country in general. The influence of this particular branch of traditional Chinese music can be seen even in contemporary Chinese music.

Many modern day Chinese musicians seek to recreate Chinese folk music. By keeping this art form alive they have managed to intrigue a global audience that is now keen on exploring this prominent part of the Chinese culture.