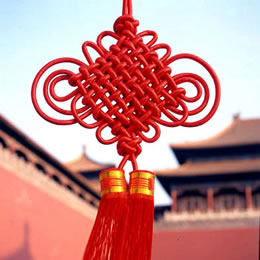 Discover the identity forming Chinese cultural symbols that are instantly associated with the unique culture of the region.

Every culture has some identity forming symbols that are instantly associated with that culture. The Chinese culture being one full of symbolism has many prominent symbols that can be termed as the cultural symbols of the country.

The image of the dragon for example is one of the most prominent cultural symbols of the country. So much so, that the country of China is often referred to as the oriental dragon. The dragon is a highly revered mythological character in the Chinese culture and as such the Chinese people consider themselves to be descendants of the dragon and are proud of saying that.

The dragon is an imaginary creature that was developed by taking elements from a number of different creatures and composing them together to form this unique looking mythological beast. The dragon is taken as a symbol of authority, might and power and is considered to be a bringer of good luck. There are many events that revolve around the dragon such as the famous dragon dance and the dragon boat festival.

The Great Wall of China is without a doubt one of the biggest cultural symbols of the world. This wonder amongst the eight wonders of the world is a structure that can be seen from outer space. The wall was built across high mountains and served as a means of military defense in centuries gone by.

This gigantic structure starts from the city of Shanhaiguan in the Liaoning Province in Eastern China and covers a staggering 12,700 kilometers to finish at Jiayuguan. Another name for this prominent Chinese cultural symbol is the Ten Thousand Li Wall.

The color red is also a prominent symbol of the Chinese culture. Not only is it the color of the National flag rather it manifests itself in various ways in the lives of the Chinese people and has a deep symbolic meaning to it. For the Chinese the color red symbolizes good luck and happiness. This is why we find the color being used in great abundance at the time of special occasions and festivals such as the Chinese New Year.

During such events the entire country is decorated with red color decorations ranging from the clothes that the people wear to the various things they decorate their homes with. The color red is also used to drive off evil spirits in the Chinese culture.

There are certain food items like the dumplings which are taken as a symbol of Chinese traditions. This is a Chinese dish that has been present in the culture for centuries. The rice dish came about as an attempt to save the poor from starvation, cold and disease at the hands of the famous Chinese doctor Zhang Zhongjing. These days dumplings are a traditional food item most commonly associated with the Spring Festival.

If you are talking about Chinese cultural symbols then chopsticks too are a prominent identity forming symbol for the country. This relatively simple tool makes eating with them no less than an art. The non-Chinese person would find it very difficult to eat using chopsticks. The Chinese however are masters at using the chopsticks and today people from all over the world seek to collect the beautifully designed chopsticks that are specially produced to serve as souvenirs.