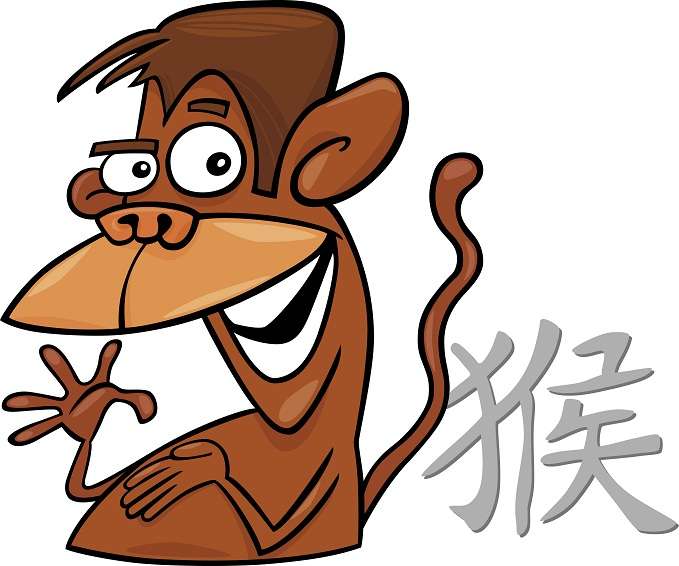 Explore the colorful personality of the Chinese zodiac monkey as we take a look at the different aspects of its character.

The Chinese zodiac monkey has perhaps the most colorful personality traits amongst all the zodiac signs of the world. The monkey occupies the 9th position in the Chinese zodiac calendar and has all the traits that make it the most animated character of them all.

Monkey people have the spirit to live life to its fullest. They are fun loving people that are often up to mischief. They like to act clever and make their way around people always poking fun and making smart remarks. At the same time the monkey has a very curious mind and likes to explore things that intrigue it. They are generally well intentioned individuals but are prone to surprise you with practical jokes which may sometimes even hurt other’s feelings although the monkey would have no real desire to do so.

Although the monkey is considered to possess a deep intellectual and creative sense they are overwhelmingly driven by their fun loving instinct. Their funny side often tends to overshadow their intellectual abilities although both of them are equally as potent. The one is however driven by passion and the other thrives on thought and reflection.

To others the monkey may seem like a confused character who does not really know what to do. But the truth of the matter is that the monkey is always progressing and learning new things regardless of what others think of it. They like to take on challenges and have their own way to deal with the world.

Monkeys like to be up and about. When they are struck by illness they are more concerned of the fact that a day in their life has gone by without them being able to engage in some fun loving activities. Generally though their active lifestyles make them retain good health.

Multitalented by nature monkey people can excel at just about anything they put their minds too. They can jump careers and master them in little time. They know their worth and will charge you for their services according to how good they think they have performed your duty. Fields like accounting, engineering and trading are considered to be ideal for monkey people.

Monkeys are quite uneasy when it comes to developing relationships. It takes them a considerable amount of time to settle down with new relationships. If the fun element is missing from a relationship the monkey will seek a way out. Once they have found the perfect match, which is quite difficult in their case, they will stick with them for life.

Driven by ambition the monkey has an earnest desire to get ahead in life while having fun at it. This is the reason that drives them to achieve success in their lives. In the professional circle the monkeys are honest and dependable. When they can do something they will take it on and if they are at fault they will readily admit to it. Their colorful personality makes others easily excuse them