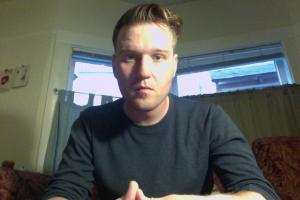 The world of literature in France was dominated at the beginning of the 20th century by Marcel Proust, who among other works, was responsible for writing his seven volume epic novel called remembrance of things past, a largely autobiographical work that explores how themes from the past are remembered.

Andre Gide, a French author contemporary to Proust is an interesting character in the world of French literature not only because of his exploration of his own homosexuality through literature, but also because of his strong left wing beliefs that are also resonant in his works. His most famous work, the counterfeiters, deals with the themes of hypocrisy and people’s inability to be sincere.

Surrealism was an important genre in French literature from the 1920’s up until the outbreak of World War Two in 1939. Andre Breton, widely regarded as the leading figure in the French surrealist school of literature, wrote three of these groups’ manifestos and his work Nadja, another autobiographical narrative is still widely read today. Surrealist literature from France is characterized by a strong preoccupation with dreams and the role they play in relation to the conscious world, as well as all things to do with divination.

The surrealist school of French literature comprised of poetic talent as well as writers of novels. Two of the most famous names from French Surreal literature are Paul Eluard and Louis Aragon.

Probably the most famous of literary schools to emerge from france in the 20th century was existentialism. French existentialism revolved around three main authors: Jean Paul Satre, Albert Camus and Simone De Beauvoir, all of whom lived and worked in the Saint German area of Paris. It was from the cafes here that many of the ideas associated wit the French existentialist movement developed. Although their writing styles are quite different from each other, they all shared a belief in the political engagement of the writer.