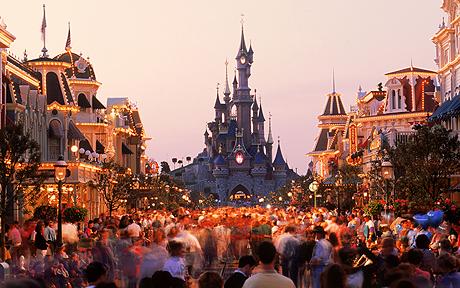 There is no doubt about the fact that the opening up of Disneyland in Paris has had great economic implications on the economy of the country. However serious concerns over environmental consequences of Disneyland Paris have been raised in the past few years.

The Euro Disney Park was developed in Paris to meet the entertainment and recreational needs of the modern masses. It has been operational since 1992 and was among the first Disney theme parks to have been exported out of America for the people of Europe. France readily agreed and encouraged Disney to go ahead with their plans seeing the great economic advantages that having the Disney theme park in Paris would bring. In their eagerness for economic gains they managed to overlook the environmental consequences of this business venture.

The location selected for developing the Disneyland theme park lies at about 32 km distance from central Paris in a town known as Marne la Vallee. This was an agricultural landscape with many farmlands and a thriving agricultural society. However it had to be changed and artificially recreated to serve the purpose of Dineyland. The result was a loss of farmland along with a loss of employment and income of the farmers. Furthermore the transformation of the natural land into an artificial landscape resulted in increased levels of pollution in the area.

Tourism is one of the highest revenue earning industries of Europe. With the Euro Disney theme park set up the tourism industry of France was set to experience a major boost. The year 2006 witnessed a record 12.8 million people making their way to Paris to explore Disneyland. The increasing number of flights causes further damage to the environment in terms of greater fuel emissions and other associated costs.

The fact that the Disneyland theme park is situated at a distance from central Paris means that whoever flies to Paris has to take road or rail transport to the location. This causes a further increase in pollution emissions from car and rail. Furthermore the traffic on the streets has also multiplied posing serious threats of road accidents along the way.

Lastly, we know that tourists today have very high standards with respect to services, safety and recreation. This means that France had the gear up a notch in order to satisfy the demands of the many tourists that would be making their way to the region. This leads to more wastage which has a serious impact on the environment.