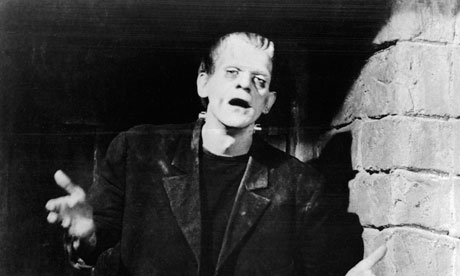 Mary Shelley is credited as being the creator of the character known as Frankenstein which she put forward in her novel during the Romantic Movement initiated in the early 19th century. The book was about individual aspirations and the consequences of acquiring those aspirations irresponsibly. It had a strong connection with the French Revolution.

Frankenstein was meant to represent the romantic disillusionment that had cropped up amongst the society in France. After the French Revolution came to pass, nationalism and liberalism were experiencing an all time high in the country. Romantic ideals however were being spurned by responses from the monarchies. As a consequence there was massive disillusionment amongst the romantics of the time. Such individuals seemed unlikely to trigger a revolution in society.

The author of the novel claims that the inspiration for writing the novel and creating the character actually came to her in the form of dreams. Mary Shelley was very young at the time of the French Revolution and the events that came to pass had a profound effect on her personal and intellectual life. She grew up in a family where her father was accused of being a radical on one hand; whereas the revolutionary spirit was on high on the other. In its essence Mary Shelley was experiencing turmoil in her personal life that bore similarity with what was going on in the rest of Europe.

It is also known that Mary Shelley lived in a very hostile environment where illegitimate birth and infant deaths were taking place. Yet there existed the high ideals of disillusioned romantics to trigger a Revolution liberating the local people. Of course these ideals were hollow and were deeply contrasted by the way these people lived their lives. Mary Shelley’s Frankenstein was a product of the empty tall claims made by the so-called disillusioned liberals she lived amongst. Hence the monster Frankenstein depicts the true nature of the French during the time of the French Revolution.

The creation of the monster is explained to have come about because of his unruly passion to chase after something that was out of his control. Basically Frankenstein was a product of unchecked intellectual ambition which got misled transforming him into a hollow existence. Shelley describes the tragedy that could result from having ambitious aspirations with no real action to achieve those aspirations and living life quite to the contrary. This was the romantic sentiment that prevailed during her time and the monster was a fictional depiction of this state of mind.

A new concept of divine creative activity cropped up amongst the locals during the French Revolution. In the novel Dr. Frankenstein is also shown as ascribing to this concept. However he is shown as rejecting responsibility after achieving his goal which was the spirit of overreaching in its dangers that Mary Shelley aimed to portray.

Basically the lofty ideals of the disillusioned romantics viewing the time of the French Revolution were captured in the accents of the character of Frankenstein as portrayed by the author in her most famous novel. In the years to come Frankenstein became a popular fictional character featured in many comics, television series and cartoons.