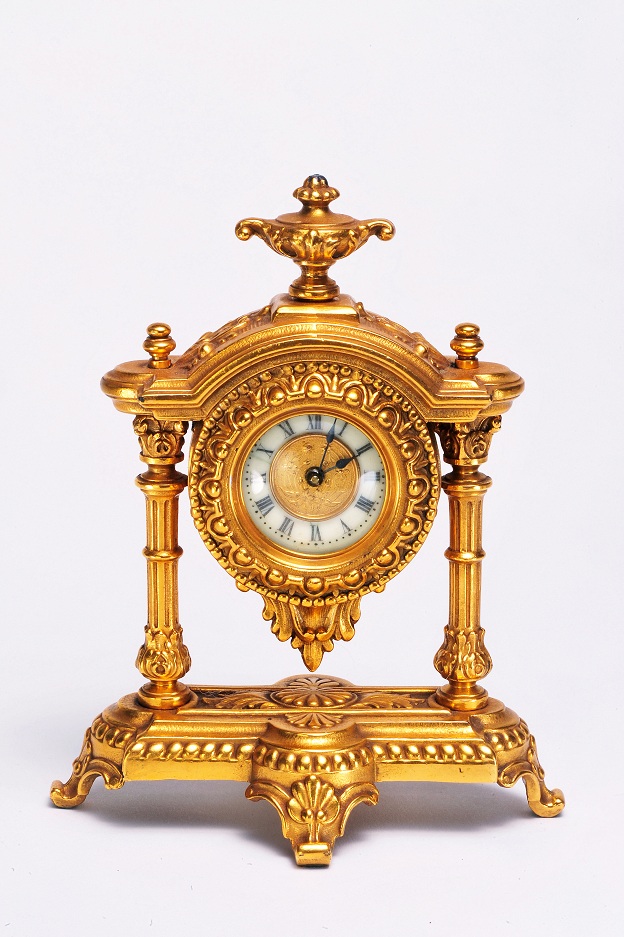 Want to buy an antique French clock? Do you know how to tell an authentic French antique clock from a fake? Our guide gives you the facts & information you want to know.

Some of the most exquisite ornamental pieces to come out of the European 18th and 19th centuries were the French antique clocks. These clocks were designed with precision and beauty while being made of the highest quality materials. Many different types of antique clocks were made including long cases, musical clocks, bracket clocks, mantel clocks and wall clocks. The materials used in making these clocks were primarily wood ( as was the case with antique french beds); however metal and glass were also common in each clock to a certain extent.

The most renowned French antique clocks are by far the French mantel clocks. These were somewhat different from the others as they were often made mainly of bronze and other metals as opposed to being made primarily of wood. These clocks were very ornamental with legendary scenes- similar to those found on antique French tapestry–  often portrayed as part of the clocks design.

These scenes were mostly of two types, Catholic religious type pictures or Roman and Greek inspired decorations. The Catholic decorations were often of cathedrals or pictures of religious scenes. The Roman and Greek mythology mainly embedded the clocks with figures of Gods and Goddesses such as Cupid, Apollo and Urania. Other statuettes portrayed heroes such as Homer and Ovid.

A distinction between French antique clocks of all types, whether it be long cases, musical clocks, bracket clocks, mantel clocks or wall clocks is that the French clocks utilized much more metal in the design and not as much wood. At the time of construction this was seen as very luxurious and is one of the reasons that French clocks became so famous. This metal also amplified the chimes of the clocks, especially the musical ones. However most clocks had a bell attached of some sort that would ring every hour or half hour.

The inner workings of these clocks were quite complex and some could go for weeks without needing to be adjusted and without losing the correct time. In the 19th century, antique French clocks had standard 8 days running periods due to the silk thread suspension method of keeping time. Therefore bigger clocks could last longer without needing to be adjusted as they could hold larger lengths of silk. Although these pieces are very exquisite, as they are not completely rare they can currently be bought for reasonable prices. A wide range of authentic French antique clocks would be available for under $4000 if a clock with much history and beauty interests you.