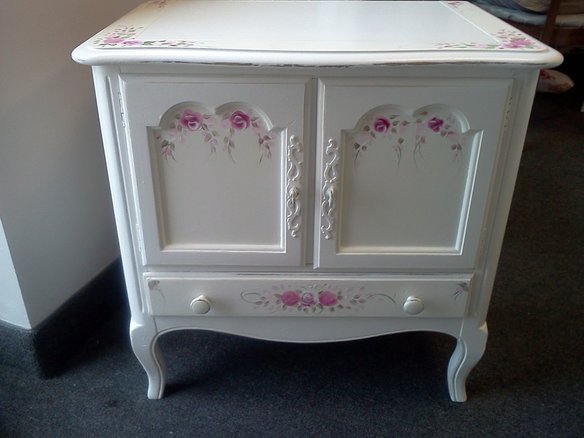 Want to buy some antique French roses? Do you know how to tell the difference between genuine French antique roses and reproductions? Our guide gives you the facts & information you want to know.

An antique French chair is a befitting way to add a touch of refined class to any interior, whether it be a living room, bedroom or study. Roses feature prominently in many antique French chairs in various ways. Firstly, rosewood, which is known for its rich dark hue was very often the material of first choice for building the frames of antique French chairs. Moreover, roses were sometimes carved into the legs and arms of these chairs to provide an effect of ornamentation. Finally, floral patterns which have always been popular were often used to upholster the antique chairs with creating an effect not dissimilar to bringing a field of roses indoors.

Although French antique cabinets and doors rely mainly on wood to make up the bulk of their frame, very often metal based handles were incorporated for the sake of ornamentation and very often these brass handles were shaped like roses or other flowers.

Roses have often portrayed by French artists for the special symbolism they hold and the powers they possess to evoke certain emotions. The French artist Pierre-Joseph Redouté produced some of the most detailed paintings of roses, many of which can still be seen today at the Louvre museum in Paris.

Henri Fantin-Latour was also a well known French painter of roses. In fact a specific type of rose, known as the Rose ‘Fantin-Latour’ was named after the artist.Other impressionists including Claude Monet and Paul Cézanne have paintings of roses among their works.