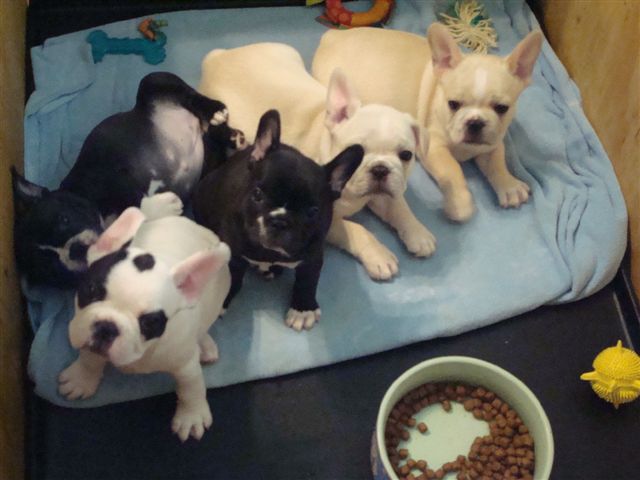 Looking for a French bulldog breeder? Want to know how to choose a good breeder? Our guide gives you the facts & informatio nyou want to know.

Great care has to be exercised before a French bulldog is acquired as it is going to be a long term investment and the dog is going to be with you for 10 – 12 years. Are you just going to go out to the nearest pet shop and get yourself the one the pet shop owner swears is one of its kind and that you can’t get another for the price he is offering? Or are you going to do a little research on the qualities of a bulldog to supplement what you already know? If you do some deep delving, you will find that almost always, purchasing a purebred French bulldog from a pet shop is not prudent.

So it becomes crucial that you find yourself a good French bulldog breeder. How are you going to find one? How do you know what to look for? Which breeder can be trusted? What are his qualities, the important things that you should keep in mind while evaluating one? It is essential to remember that all the French bulldog breeders out there are not created equal. In fact even a family dog owner who owns a female French Bulldog is a potential breeder when he decides to put his bitch out for mating.

It is equally important that you are well versed with the qualities of the dog to ask some pertinent questions and also the answers that you would or should be getting. As an example, you should be familiar with the general health problems of bulldogs and ask the French Bulldog Breeder pointed questions. You know that hip dysplasia is a common occurrence in bulldogs. If you ask the French bulldog breeder any query relating to the particular disorder, the breeder should be able to show you the OFA hip ratings of both parents of the French bulldog puppies under scrutiny.

The French bulldog breeder, if a responsible one, will take pride in his pups and will stand by his offer through thick and thin. Not only will he offer quality pups for sale but will also back up his offer with a replacement should the pup develop any genetic disease later on. They make a careful assessment of their puppies and sell them either as bulldogs fit for show and for breeding or as pets. The French bulldog breeder will never shy away from letting you see his puppies. And, a responsible breeder will never put up his French bulldogs for sale in a pet shop.

Keeping all these points in mind and acquiring even more information regarding the French bulldog breed and their breeders; either by consulting local kennels, other dog clubs or acquaintances who have bulldogs will be a wise thing to do before you plunge in and get yourself a loving, adorable animal. More importantly make sure that you can spend quality time with your dog.