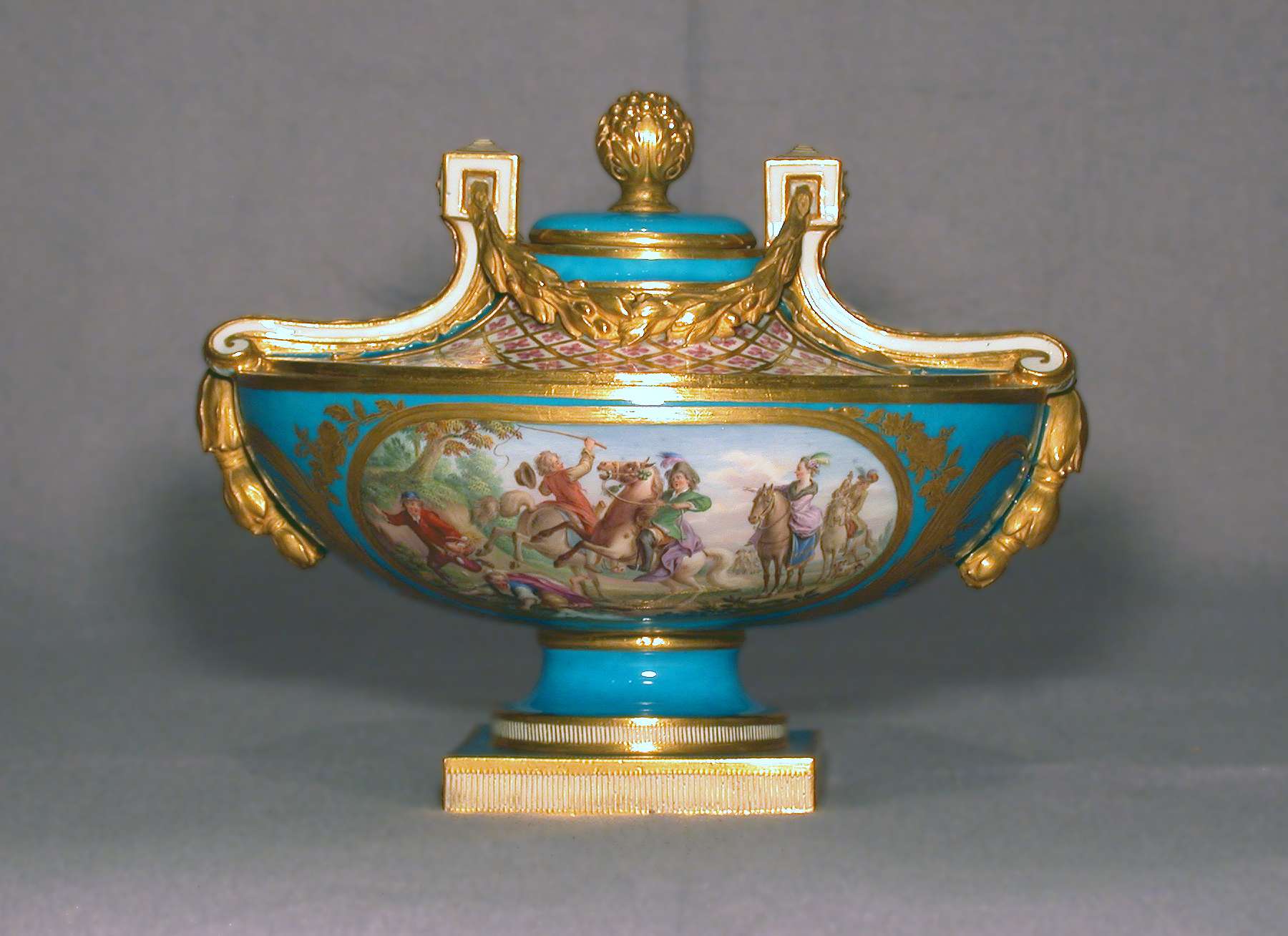 The Sevres Porcelain factory is one of the oldest and most prestigious producers of quality French porcelain in France. Originally established in the mid 18th century, the Sevres brand has remained consistently at the forefront of European porcelain production for more than two hundred years.

Among other things, Sevres French porcelain is well known for its exquisite use of colors, which during the 18th and 19th century were quite innovative and unusual. Other producers of French, English and German Porcelain went to great lengths in attempting to imitate the colors used on Sevres Porcelain. Sevres porcelain is often distinguished by its prominent use of dark blue and turquoise in addition to rose pink, yellow and green.

At their high point Sevres Porcelain vases were the absolute must have item for French aristocracy an in fact were often given as official gifts to visiting foreign dignitaries. In addition to vases, Sevres manufactured many other items including snuff boxes, tea cups, plates and figurines including ballerinas and clowns, all of which have become priceless antiques now.

The history of the Sevres Porcelain factory is a long and interesting one. Suring the 18th century the production of porcelain was still a very new concept and the precise ingredients and methods were still a closely guarded secret. It took several years of work by a team of artisans and scientists to formulate the procedures for the production of French porcelain before the factory was officially established in 1756 at Sevres, a small town between Paris and Versailles.

The Sevres Porcelain factory was originally a royal project under the direct ownership of King Louis XV. It was during this period that a royal decree was passed banning the opening of all rival porcelain factories in France. Also, all staff employed at the factory who were privy to the porcelain production process were banned from leaving and working anywhere else where they might be able to divulge company secrects. This accounts somewhat for the initial success of the Sevres Porcelain factory initially.