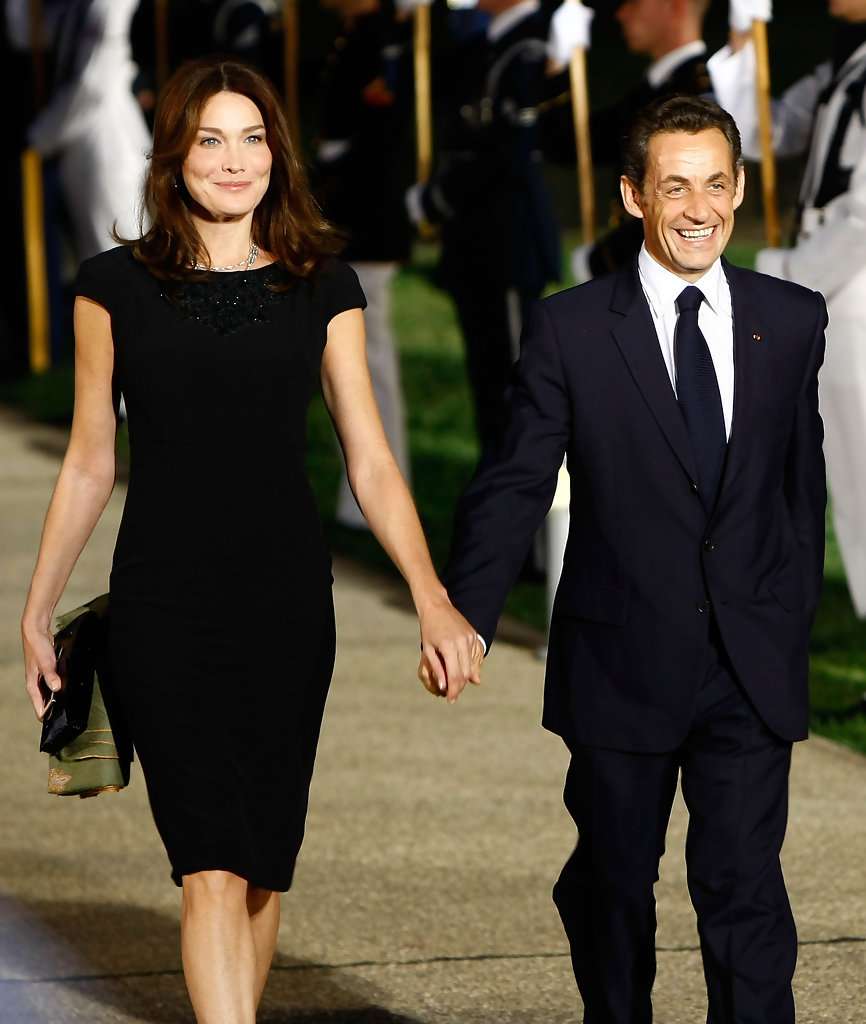 Do you want more information about the current French President’s wives? Are you curious about the controversy that followed the French Presidents wife no 3; Ms. Bruni? Read our guide with fun filled facts for an inside scoop on the scandals doggin

While every other French President’s wife has held the customary and traditional role of the French first lady and rarely garnered too much attention other than on official state visits, President Sarkozy and Mme Sarkozy no 3 have been different. To begin with, Sarkozy was one of the very few French Presidents’s to have got married while in office. And of course the fact that Sarkozy was a much married man before he met Carla Bruni did not help the case either. On the contrary it caused a fair amount of mud slinging and a major media spectacle like in most celebrity couple related issues that take a turn for the worst. Sarkozy was always known to be some what of a skirt chaser while Carla Bruni in her own words was always bored by the idea of monogamy. So it can be safely said that both parties had a checkered past.

The French President and his supermodel wife were introduced by a textile tycoon at a party. And after a brief four month whirlwind romance the couple were engaged and within a year of meeting they got married at a civil ceremony in the Élysée Palace on 2nd, February, 2008. It was Sarkozy’s third marriage and the first for Carla Bruni. While the French President had three children from previous marriages, Carla Bruni had a son from a previous equally scandalous relationship.

The French Presidents new wife has certainly been no stranger to controversy. She is the heiress of Italian tire manufacturer CEAT. She once proudly claimed that she wasn’t the biological child of her father Alberto Bruni but rather the child of Maurizio Remmert with whom her mother had a six year affair while she was still married to Bruni. She had a successful career as a model before she dabbled in singing.

Carla is a naturalized French citizen. She had a brief stay in relationship with Jean- Paul Enthoven. But while living with him Carla fell in love with his son and started a relationship with him. She even had a son with him before the affair ended. On a state visit to England, Carla Bruni’s arrival as the French Presidents wife created quite a stir because a nude painting of Carla was auctioned at Christy’s on the eve of their arrival. So the English people saw a lot more of the French first lady than they should have.

The French President’s second wife also created quite a scandal when she left Sarkozy for her American lover in the middle of the Presidential Campaign just to return after he had won the election. Of course the French saw the entire episode less as a fiasco and more as a sign of true love. The great lover Sarkozy was willing to accept his lady love with open arms even after a torrid affair with her lover. But this was not to last and after eleven years of marriage Cecilia and Sarkozy divorced in 2007. Cecilia of course promptly blamed Carla for the divorce. Sarkozy also has two grown up children from his first marriage to Marie who he divorced in 1996 after several years of estrangement.

It remains to be seen how long the French President’s third marriage lasts.