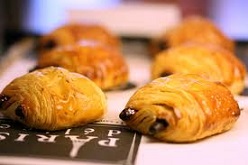 French bread is world famous for its delicious taste and superb texture and bread can be found on any dinner table in France. Unlike most other western countries where bread is brought from the supermarket, the majority of people in France still prefer to buy their bread from one of 30,000 outstanding local French bakeries in the country.  Bakeries in France have an outstanding variety of choice when it comes to buying bread, some of which we tell you about below.

French Bread from Bakery in Paris

French bread tastes most outstanding when it is eaten fresh. That is why people in France prefer to buy smaller amounts of bred on a frequent basis. Bakeries in France will allow you to buy only half a loaf if you think a full loaf will be more than you can eat in a couple of days. Just ask for a demi pain or demi baguette. Bakeries in Paris sell two outstanding varieties of bread which are the most popular in France.

Firstly, there are the famous French baguettes which are long, thin and weigh 250 grams. Then there is the larger 400 gram loaf of French bread or pain which is fatter than the baguette. Pain is softer on the inside and has a less crispy crust than a baguette. Another popular bred sold throughout the outstanding bakeries of Paris are ficelles, which are thinner crustier versions of baguettes.

French bread can be stored in a plastic bag to maintain freshness, although this results in the crust becoming rather soft, while storing the bread outside makes the crust hard. However, most people in France prefer to eat bread with a hard crust for breakfast.

Bakeries in Paris specialize in producing a variety of delicious breads with all sorts of cereals, grains, nuts, seeds and herbs. These breads are so outstanding they can often be eaten on their own. Even if you don’t know exactly what you want, all the breads at bakeries in France are on open display so you can just choose what looks nice. In general heavier breads with rye, whole meal or bran in them tend to last longer than standard French breads made with white flour.

Bakeries in France bake four different batches of bread a day. Because French bread is best eaten fresh, the best time to go to the bakery in Paris is at 6am or in the afternoon. You can ask the baker to cut a loaf in half for you to make it easier to carry. For a very small fee you can even have the bread sliced by the baker.