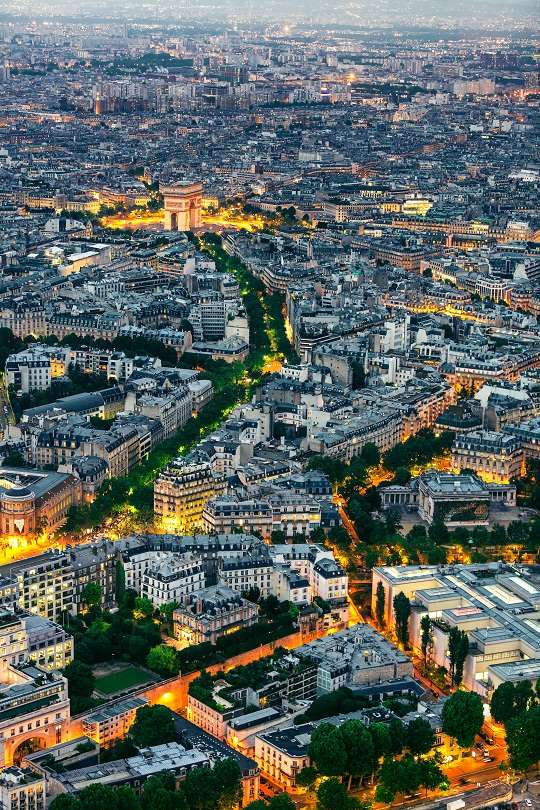 Want to learn about Parisian department stores? Read on for facts and info on how the concept of the departmental store came into being in French cities all around France…

With France moving into the industrial revolution the need for new retail venues was realized by pioneering entrepreneurs of the time. What came about as a result was massive temples of consumerism known as Parisian department stores. To date these department stores have become multinational corporations popular amongst the masses for providing them with a wide variety of chic Parisian commodities under one roof.

Baron Haussmann’s role in the development of these department stores was pivotal. He served Paris as a high-ranking civil servant and towards the end of the 19th century he conducted a number of major renovation programs in Paris. Amongst the things that he initiated were widening the otherwise narrow roads so as to create major boulevards. He is also credited for initiating the construction of bourgeois style apartment buildings in Paris.

The first large scale Parisian department store was set up by Jules Jaluzot. About 15 years later another large-scale departmental store by the name of Galeries Lafayette was established by Theophile Bader along with Alphonse Kahn.

These were amongst the first few large-scale department stores developed in France. One of the characters that made a fundamental role in changing the methods of selling was a former sales clerk by the name of Aristide Boucicaut. He took over a small business in the heart of Paris which he named Le Bon Marche. He experimented with a variety of different innovative selling methods which worked very well for his enterprise. The result was immediate and large-scale commercial success which transformed his small sized business into a retail mecca. His sales increased more than tenfold and this business set up served as inspiration for many other competitors.

The newly set up department stores competed to widen their customer base and sought to load up on a wide variety of exceptional products in their stores. One of the things that was allowed or introduced by Parisian department stores was that they allowed casual customers to roam through the many aisles at their free will without any obligation to make a purchase. Although this may seem like the norm in today’s times, it was quite a revolutionary thing in those days.

In order to increase their customer base these department stores started producing cheap replicas of high fashion clothing that were worn by the aristocrats of the time. So now you had elegant clothing made using less expensive fabrics and materials readily available for the masses. This naturally attracted a large number of less wealthy customers.

The big three Parisian department stores that laid the foundation of this tradition continue to be the most popular and innovative stores to this day. They are known for creating incredibly seductive avenues for their target audience which continues to bring them good fortune.

These Parisian department stores are now properly organized into many different sections such as a separate section for men, women and children. Then you will find a sports section, food section, beauty section, furniture section and other such categories into which each department store is divided.