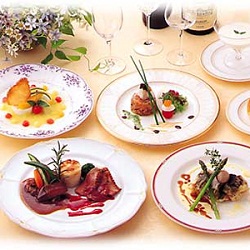 Another popular regional food eaten in Burgundy is raw sausages which are served with a sauce made from mustard. Mustard is used liberally in many dished from Burgundy as it has a long history of use in this region dating back to the times when Romans ruled France.  There are many different varieties of mustard produced in Burgundy using a variety of ingredients from honey to tarragon which produce an eclectic range of tastes. Black snails raised on grape leaves are another popular regional food from Burgundy.

Perigord has one of the best anf most celebrated regional cuisines in France. The food of Perigord is famous for its truffles and poultry. A special food that is particularly popular in Perigord is goose liver pate served with many main dishes in this region in France.  A traditional example of regional food from Perigord is roasted or boiled goose stuffed with chestnuts and plums. Goose fat and walnut oil are used heavily in food from Perigord. Ducks are another popular form of poultry that often feature in many foods from Perigord. Food from Perigord is usually signified on menus in French restaurants by the suffix a la perigourdine.

Lyon, which is a major city located near the centre of France, is situated between many of the major agricultural regions of France. This ensures Lyon with a steady supply of excellent produce with which to prepare its food.