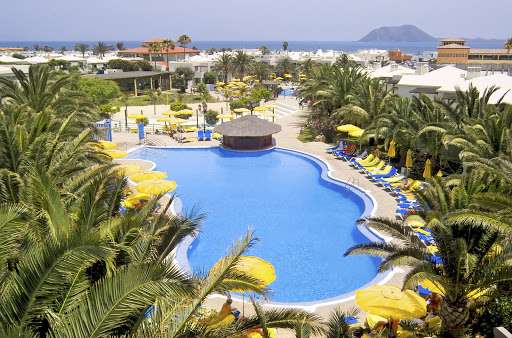 Are you dreaming of spending your next holiday in Fuerteventura? If so, read our guide for more facts and information on all inclusive holiday deals in the Canary Islands…

Fuerteventura is one of the most popular holiday destinations amongst the chain of Canary Islands belonging to Spain, but to the west of the coast of Africa. The currency used here is the Euro. One of the main reasons for this particular island’s popularity is because much of its beauty is still natural, as opposed to man-made. So there are many great activities for people who enjoy being out in nature. It is smaller than the other well-known Canary island of Tenerife, but has the longest beaches in all of the Canary Islands.

The island is known for its relaxing atmosphere suitable for couples and families with kids. And, with summer-like temperatures all year round there is never a bad time to go.

Corralejo is a resort on the Northern coast of the island. Here is the Dunas de Corralejo National Park. The natural landscape here is made up of pristine white sand dunes for 11 km of beach, with some parts restricted for kite and wind surfing, and others for naturists. Buses from hotels in Corralejo transport tourists to this park every 30 minutes.

The beautiful Gran Hotel Atlantis Baria is located on the Corralejo beach. Close to Corralejo is an intimate 5 star hotel that provides guests with their own private garden and swimming pool. The hotel is called Villa Sandra, and really does offer the privacy of having your own private summer holiday villa. The villa boasts beautiful views of the mountains in the Montana Baja area.

On the east coast of the island there are some 5 star hotels for those who do not want to stay in the heart of the tourist district. One of the most popular 5 star hotels on the east coast is the Sheraton which boasts a spa and hotel. There are also pools when a break from the ocean is needed. Also on the east coast, known as Caleta De Fuste, is another 5 star hotel which offers a golf course and tennis courts. This is a good way to meet some of the locals as the Elba Palace hotel is the areas golf club for locals and not just tourists.

The many attractions on the island include the famous Blanca Playa, La Pared Beach, Jandia Lighthouse and Cofete beach. One will be able to find many other attractions on the island. The best hotels include one or more restaurants and bars. One can even take ferry’s to visit other nearby islands, including Los Lobos which was previously a volcano.

Many of these all-inclusive hotels are family friendly. This means that there are special activities on offer meant to be fun for kids and keep them entertained, such as children’s clubs. Even babysitting services are available through the hotel concierge.