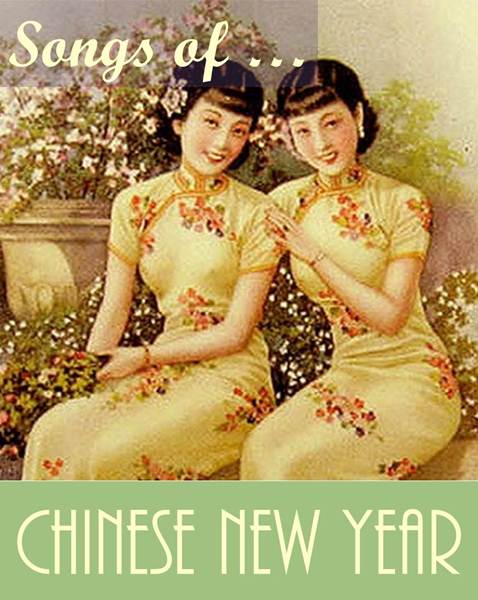 Discover the Chinese selection of traditional songs that can be heard being sung during New Years celebrations.

The Chinese really like to go all out when the moon indicates that the year is over and the new one is on its way. The New Year in China is based on the cycle of the moon because they make use of the lunar calendar. Although it’s never a full moon when it’s the new year you will still be hearing some howling in the form of Chinese new year songs.

The Chinese New Year is taken very positively by the entire country. It is a time when people are ready to bury the past and look into the future with positivity and the hope for prosperity. The festive spirit is high and it seems as though everyone is in their best moods wishing the best for their brothers.

With regards to the songs that the Chinese people have composed in order to welcome the New Year, they are basically termed as an expression of happiness and love. The songs clearly show the affection that the people of China still have for their ancient rituals and their nationalistic spirit and the pride that they take in their country.

Although the country has been engaged in many wars throughout its history the people of China are generally considered to be peace loving and nature loving people. The different Chinese new year songs aim to capture the nationalistic spirit of the Chinese people on the one side whereas on the other you have songs that are trying to describe the Chinese perspective of life and the way that they live it.

On hearing the lyrics of some of the New Year songs the level of pride that the Chinese take in their history and cultural heritage becomes clear. The songs are sung everywhere during the festive seasons from street corners to the insides of people’s homes. Families often gather together and engage in a chorus performance of traditional hit numbers for New Year.

The singing and dancing is also accompanied with some costume dressing. Well, the dressing up in costumes may seem strange to anyone from outside the Chinese culture but it is all part of the parcel of Chinese tradition.

The Chinese New Year songs are all time classics and have been handed down the generations with their lyrics and compositions. There are however many modern artists who come up with songs for New Year and perform them at specially arranged concerts. Hence we find that this is yet another Chinese New Year tradition that the Chinese are determined on maintaining.