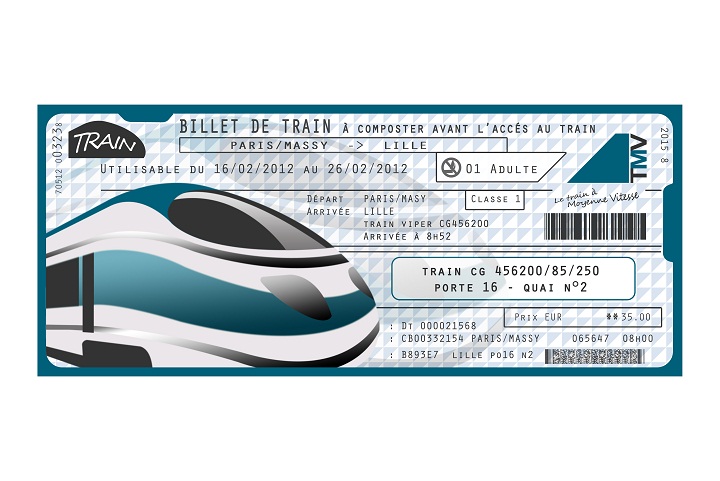 Although not ordinarily necessary to reserve train ticket in France there are a couple of exceptions. If you are traveling on a popular train route during the bust school holidays in France, then you’ll need to reserve your train ticket in advance to ensure a place. Train travel in France on overnight trains is a comfortable experience with sleeping bunks being available on most trains; however, if you want a sleeping bunk you need to reserve it in advance.

There are several ways to buy a train ticket in France. The SCNF has a website where you can purchase tickets online using a credit card. You can also call a central hotline to purchase a ticket. You’ll be given a reservation number which you quote at the ticket office of your train station of departure. Ticket offices at train stations in France are separate for international train journeys, long haul journeys (grandes lignes) and suburban train journeys known as banlieue.

Train tickets in France can be refunded for cash up to the time of departure or one hour after departure provided you are at the train station o departure. There’s no need to show any ID or proof of purchase which means if your tickets are pick pocketed the thief will likely take them for a refund.

Train Travel in France Without Tickets

It is possible to buy a train ticket when you are already on the train in France; however, you will be charged extra for this. The exception to this is if the train station you boarded at had a closed ticket office ad no ticket machines. If you find the conductor, or controleur as he’s called in French, and explain your situation to him before he finds you, you probably won’t have to pay as much of a surcharge.