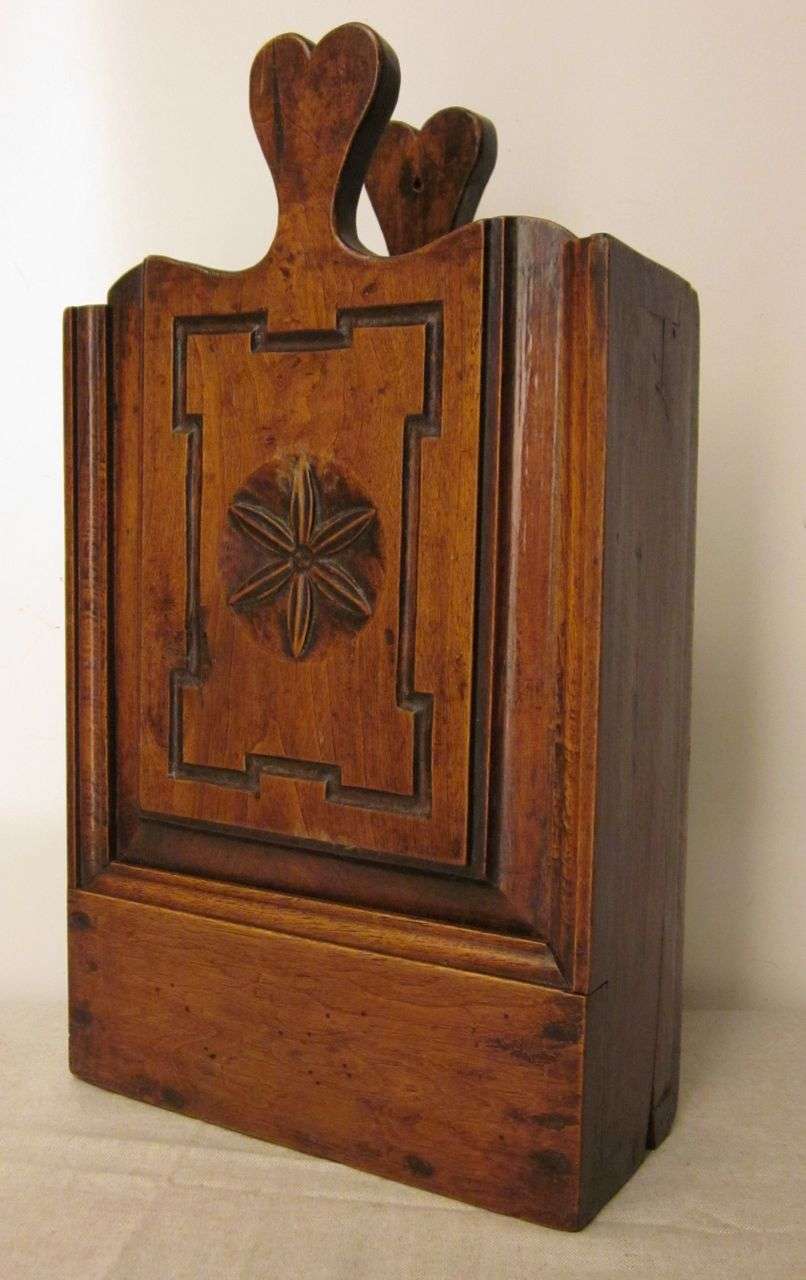 If you were to walk into any kitchen in the US today and see a flour box hanging on the wall, chances are you wouldn’t have a clue what it was. Although not popular in the west today, Flour boxes were at one time in France just as common a kitchen appliance then as blenders and microwaves are today. A French antique flour box would definitely add an interesting dimension to your kitchen today( as would an antique French loveseat) , and if nothing else serve as an interesting talking point when you have guests over, regardless of whether or not you use it for anything practical.

The antique French flour box was at it’s time a very revolutionary invention that was designed to save time in the kitchen, much like most modern kitchen appliances. A flour box is basically a wooden box that is hung on the kitchen wall and it’s purpose is to help in the seasoning of meats, particularly fish.  French flour boxes, which are made from wood and often highly decorative( with patterns of antique French roses)  for a mere kitchen utensil, have a sliding door at the top that allows access into the box. The flour box would be filled with flour and a few choice spices before a fish was put inside. Once the top of the box was closed again, the box could be shaken which caused the flour to mix with the fish. Once the lid was taken off the flour box again the fish would be perfectly floured and seasoned ready for cooking.

French antique flour boxes started to be made around the beginning of the 1800’s and although there would have been many made, it is relatively difficult to come across a genuine antique box that is still in good condition. This is because unlike other antiques such as French lamps which would have been well looked after, the flour box was a mere kitchen utensil that underwent daily use and would have been moved around and washed regularly eventually leading to natural wear and tear.