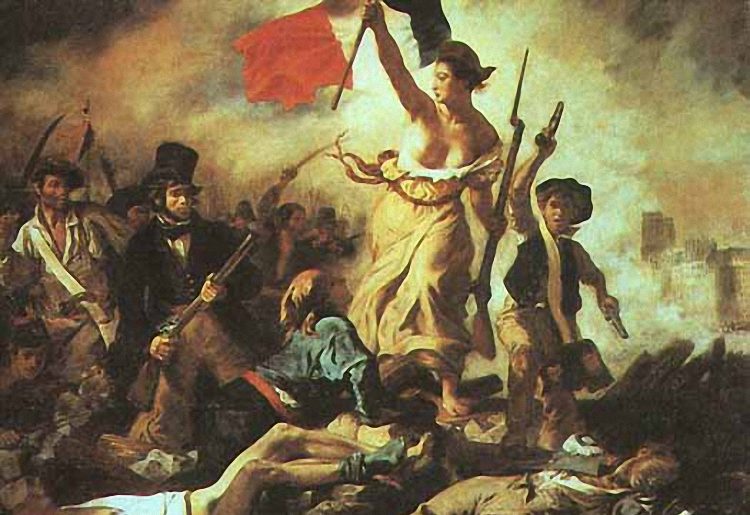 May 05, 1789 – A meeting of the Estates-General was called by Louis XVI in Versailles to discuss and approve a new tax plan.

June 17, 1789 – Three Poitevin curés decide to join the Third Estate, leaving the Chambers of the Clergy. Accepting the proposition of the delegate Abbé Sieyès, the Third Estate proclaims itself “The National Assembly.” A few liberal nobles and many clergy join the movement of the Third Estate.

June 20, 1789 – Tennis Court Oath: After being locked out of their meeting room, deputies of the Third Estate assembled on a tennis court and swore not to separate until a constitutional regime was established.

August 04,1789 – The end of feudalism and serfdom in France was announced by the National Assembly.

August 27, 1789 – The Declaration of the Rights of Man was issued by The National Assembly.

October 5, 1789 – The women of Paris invaded Versailles. Parisians, led by a large number of women, march upon Versailles and force the royal family back to Paris, where they take up residence at the Tuileries. Louis XVI is considered by many a “Prisoner” in Paris. The Assembly, still in Versailles, declares, in the spirit of constitutional monarchy, its inseparability from the king.

Bored of this endless list of dates? Check out our totally awesome revolution infographic. You’ll get the story way quicker -> Click here!

1790 – The Civil Constitution of the Clergy was passed.

September 1792 – The First meeting of the National Convention was held.

December 1972 – Commencement of the trial of Louis XVI.

August 1793 – A National Draft was issued calling for all able-bodied men to enlist in the army.

1799 – The fall of the Directory heralds the end of the French Revolution.