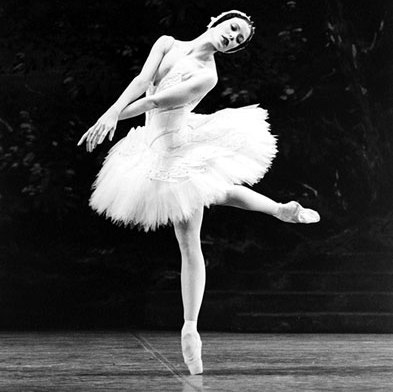 Want to learn more about the National Ballet of Canada? Read on for facts and info on this traditional art form practiced in Canada…

If you happen to find yourself in Toronto some day and don’t know what to do with your nights, check out Canada’s pre-eminent ballet troupe, the National Ballet of Canada. Canada’s largest classical ballet troupe recently won four Dora Mavor Moore Awards that are given every year for theater, opera, and dance performances in Toronto. It was also in Toronto in 1974 that Mikhail Baryshnikov defected from the USSR. His first performance after defection was a televised rendering of Les Sylphides with the National Ballet.

Origins of the National Ballet

The National Ballet of Canada was founded in 1951 to end the perceived regionalism of the Royal Winnipeg Ballet and the Volkoff Canadian Ballet. As a result, the respective founders of these two major ballet companies, Gweneth Lloyd and Boris Volkoff, were not chosen to head the National Ballet. Instead an outsider, Celia Franca, was invited to be the first Artistic Director of the National Ballet.

Celia Franca did not want to leave the United Kingdom and had not accepted previous such offers from Australia and South Africa. However, on a visit to Canada in 1951, she was cajoled and begged and eventually convinced by the local performers and ballet enthusiasts who viewed her as the ideal candidate to set up a national troupe on the lines of the Royal Ballet of England. Nationwide auditions led to the selection of a troupe and the first performance was held at Eaton Auditorium in November. The performance included Les Sylphides which would incidentally be Baryshnikov’s selection in 1974 also.

The National Ballet had adopted classical ballet as its sole focus under Celia Franca. National acclaim followed immediately after founding and in 1964, the ballet moved to the 3200-seat O’Keefe Center (since renamed the Sony Centre). Rudolf Nureyev was enticed to perform in 1965 and was a big hit. He chose the National Ballet to stage his version of Sleeping Beauty in 1972 and took the troupe to perform with him at the Metropolitan in New York. The troupe’s performances were widely lauded and the National Ballet of Canada had arrived on the international stage. Two of the troupe’s members including the current Artistic Director, Karen Kain, went on to win the award for the best pas de deux performance at the International Ballet Competition in Moscow in 1974.

The National Ballet dabbled with staging some modern dance under Erik Bruhn in the mid-80s. Reid Anderson shifted the balance back towards more classical fare in the 90s and also commissioned original works from Serge Bennathan, James Kudelka, and others. Kudelka took over from Anderson in 1996 and he, and his protégé Karen Kain since 2005, have taken the National Ballet back to its classical roots with well- received renditions of The Nutcracker Suite, Swan Lake, The Firebird, and Carmen. Troupe performances can be seen at the National Ballet’s new home (since 2006) at The Four Seasons Center for the Performing Arts, 145 Queen Street West, Toronto.