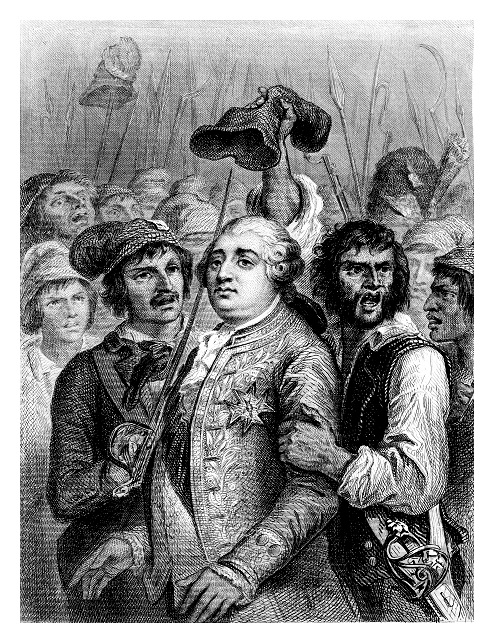 The French revolution paved the way for the secular system of governance that we now see governing most of the countries of the world. From the perspective of freeing the people from unjust monarchist regimes that committed all sorts of crimes under the banner of religion it can be seen as a successful and valiant effort on the part of the people.

But the fact that the whole movement was tainted with a hatred for religion and a will to supersede the will of God has- as some would argue- made the revolution a stepping stone towards the moral degeneration of the people. What the revolutionaries failed to notice was that by abandoning the idea of God altogether they would in effect only be moving in circles only to end up as a system in which man rules over man.

Meeting of the Estates

The nature of the internal affairs in France made it an ideal stage for a revolution to take place. The deteriorating economy as the result of fiscal mismanagement and the long years of feudal oppression had long been testing the public’s patience. With subsequent unsuccessful attempts to restore the taxation problem the King was forced to call on the ancient assembly of three estates representing all the social classes in France. This resulted in the first break away from the oppressive regime as the third class, which consisted of the only tax paying class chose to declare itself sovereign as it consisted of the vast majority of the people of France. This revolutionary assembly attracted many members from the other assemblies who decided to join it in opposition to the existing governing constitution.

After the Tennis Court Oath it was clear that the revolutionary movement was going to be a no holds barred movement which would stop at nothing to topple the monarchy. From here onwards began the civil disobediences that would eventually pave the way for the revolutionary regime to get noticed and put the changes in effect. The storming of the Bastille prison in the East of Paris on the 14th of July is regarded as being the landmark event that led to the social disorder. This was done in the attempt to gain arms and ammunitions from the prison. Inspired by this event the peasants revolted against there feudal lords eventually freeing themselves of the unfair contracts that they were signed into.

In the events that were to follow the national assembly did frame a constitution which could restore the social unrest but differences within the assembly over whether to retain the monarchy or completely abolish it led to further mishaps. The Girondin led assembly declared war against Austria and Prussia due to the hostile stance that they took against France. The Girondin led National party was overthrown by the Jacobins who were led by Robespierre who wreaked havoc over the next 7 weeks. This period is known as the reign of terror as many executions were held and all efforts were taken to curb any counter revolutionary activities. Robespierre was executed by his own men which paved the way for the Thermidorian Reaction which was eventually overthrown by means of a military coup under the leadership of Napolean Bonaparte who put an end to the revolution by declaring himself the ‘First consul’ of France.

For an excellent pictorial history of the French revolution click here!